As part of our day trip to the Whitsundays we visited the beautiful Whitehaven Beach.

The beach was awarded Queensland’s Cleanest Beach in Keep Australia’s  Beautiful’s 2008  Clean Beach Challenge State Awards.  In July 2010, Whitehaven Beach was named the top Eco Friendly Beach in the world by CNN.com.  Dogs are not permitted on the beach and cigarette smoking is prohibited.

Whitehaven Beach is known for its white sands and beautiful scenery. The sand consists of 98% pure  silica which gives it a bright white colour, it’s so soft to walk on and doesn’t retain heat like regular sand so is comfortable to walk on, on a hot day. Local rocks do not contain silica so it has been suggested that the sands were brought to the beach via prevailing sea currents over millions of years.

Whitehaven Beach is a 7 km stretch along Whitsunday Island, Australia. The island is accessible by boat from the mainland tourist ports of Airlie Beach and Shute Harbour, as well as Hamilton Island. The trip from Hamilton Island took about 35 minutes and was quite rough, apparently the sea had been like glass the previous day, oh well you can’t win them all!

We were dropped off at the beach for 2 hours which was great but a longer time would have meant we could have walked to the other end to see Hill Inlet, apparently a  stunning inlet where the tide shifts the sand and water to create a beautiful fusion of colours. We walk quite fast but 14km in two hours on sand with time at the other end….maybe not but maybe another day. We aren’t usually sit around the beach people but we certainly enjoyed the relaxing two hours we were there. There are camping spots along the beach in the trees and toilets but no cafes or shops………great 🙂 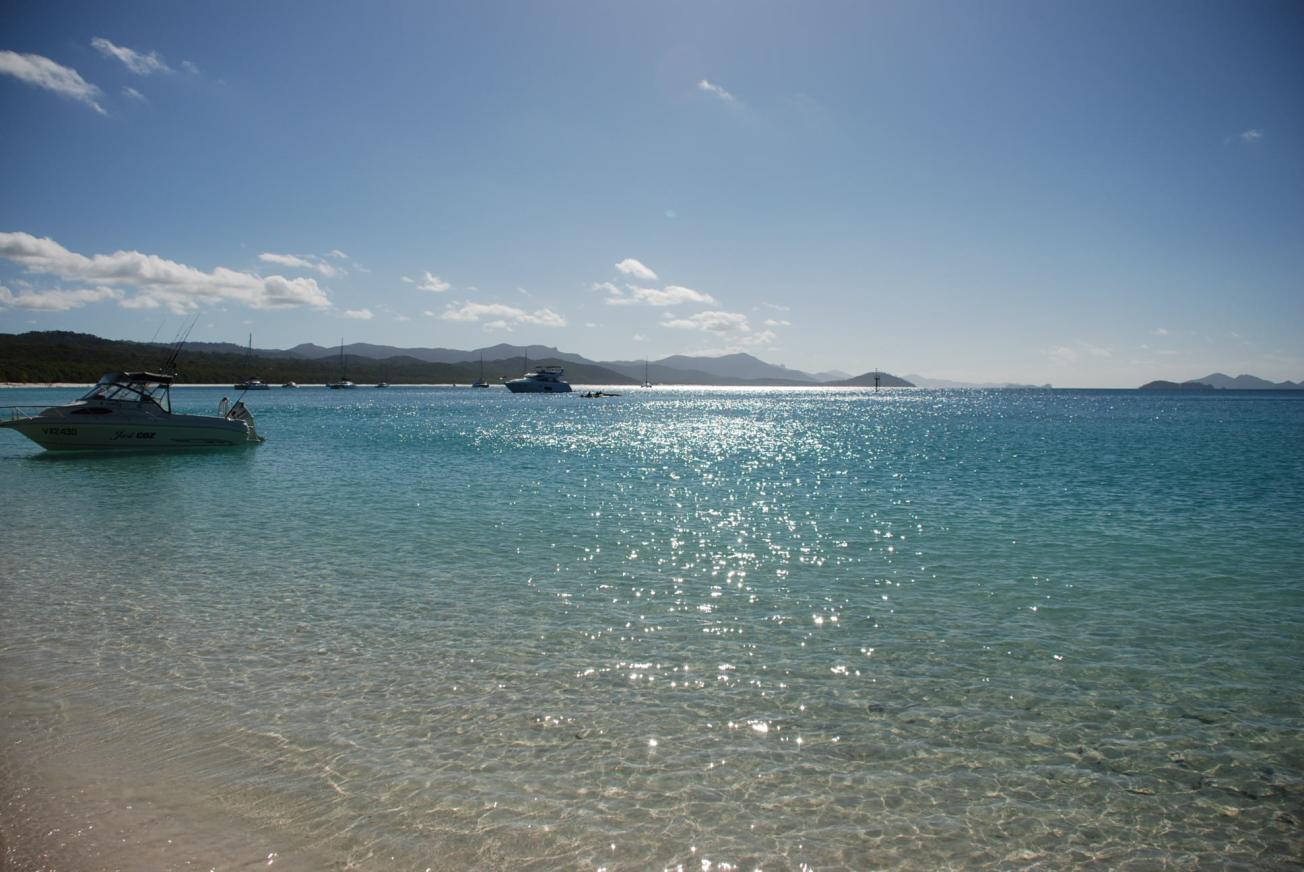 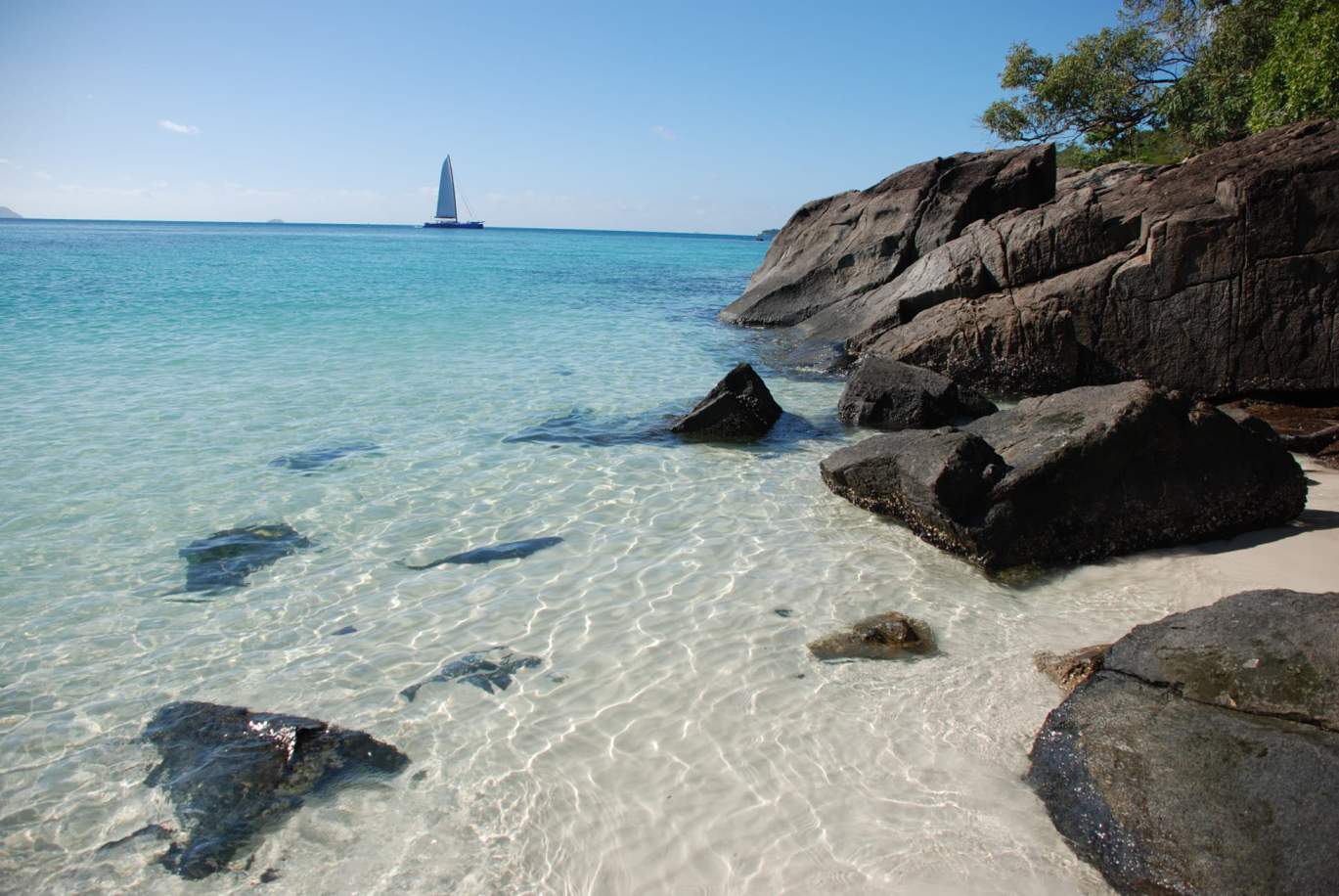 We walked to the southern end of the beach where there were only a few people and sat on these rocks with our feet in the water watching the little fish. The water was quite warm (for the middle of winter) but we were warned there were stingers so didn’t venture too far. The Australian beaches are beautiful but then so are ours, we might not have as good a climate but we don’t have stingers and crocodiles at our beaches. 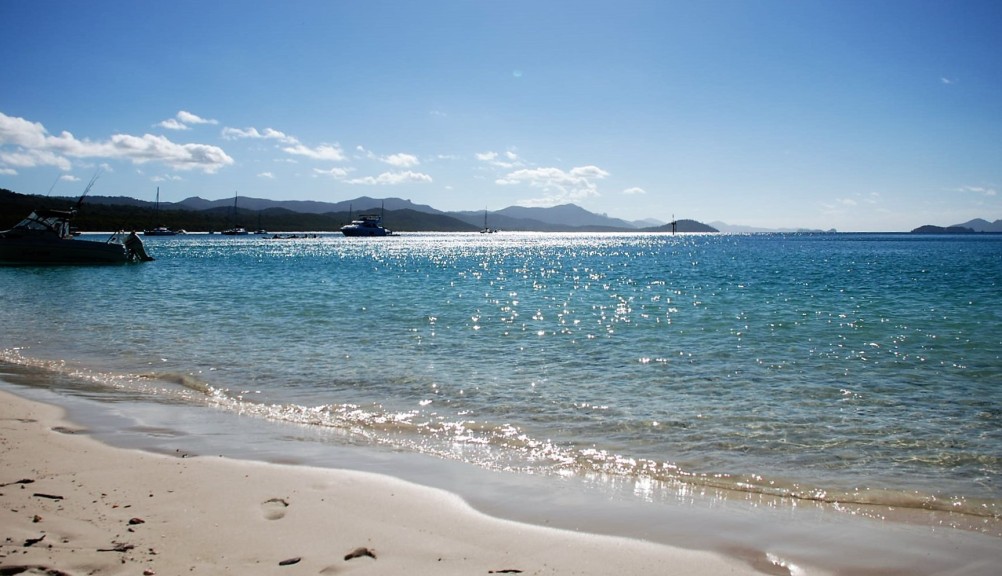 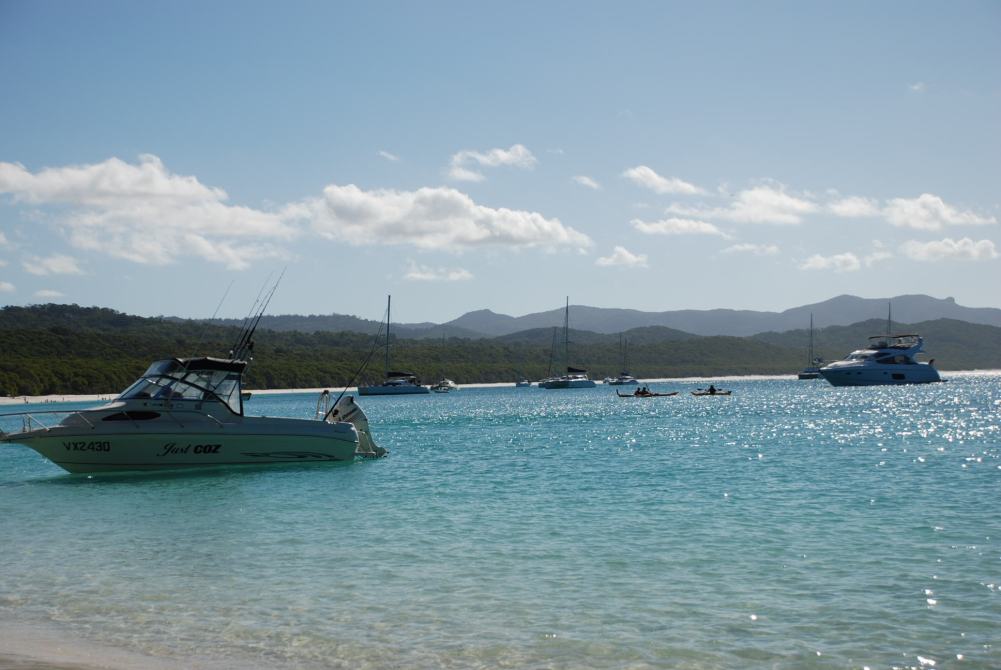 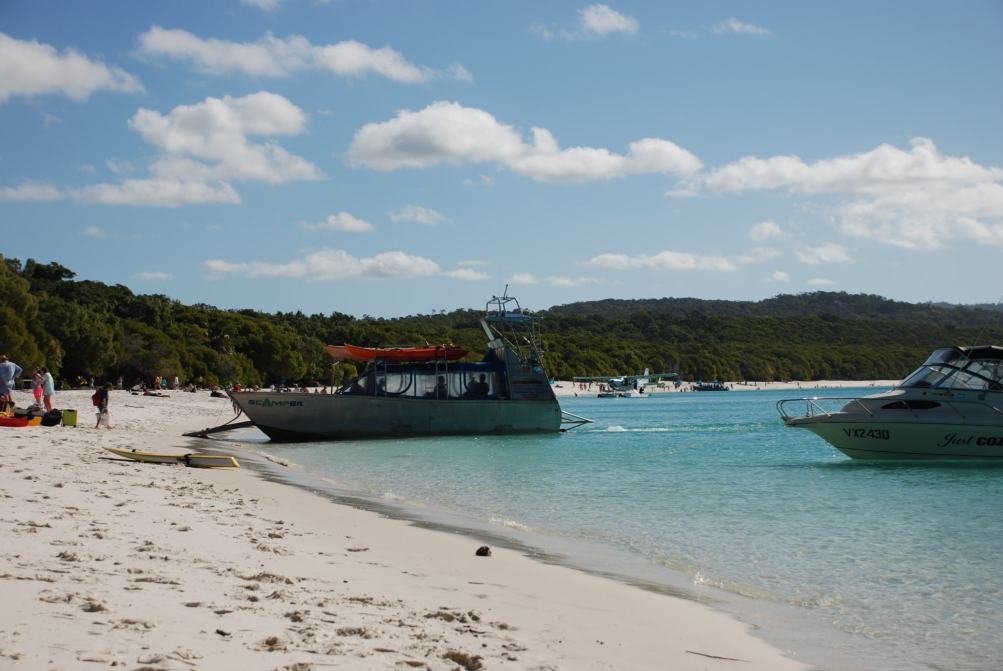 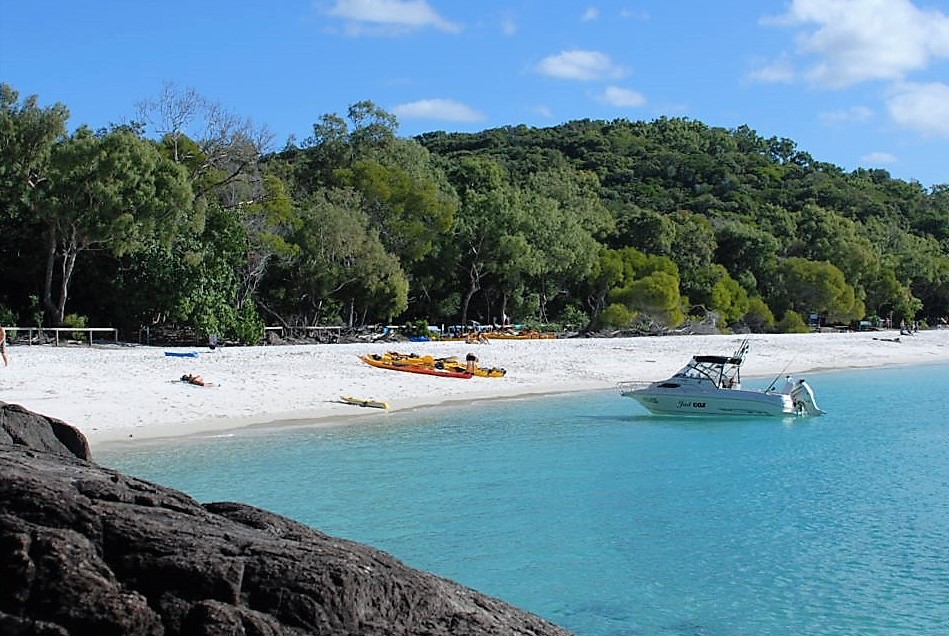 Luckily hardly anyone else ventured to this end of the beach…very beautiful and peaceful.

Lying on the beach looking through the trees, nice to get some shade after awhile as it was quite hot even though it’s winter.

Next time we will get a flight over the islands.