Surat Bay in the Catlins is a quiet, peaceful and beautiful spot. Home to many sea lions  and native birds, all of which can be viewed in their natural environment.

In most conditions you will find there’s a large colony of New Zealand sea lions interacting or sleeping on the beach. This species is the world’s rarest Sea Lion and is only now rebuilding its mainland population, after being hunted to virtual extinction over 200 years ago.

Take care around the sea lions, keep your distance, they can move very fast and if you are in a group don’t surround them. They also frequently spend time lazing and sleeping in the sand dunes so take care if you venture off the beach!

Surat Bay was named after the sailing ship the “Surat” that was shipwrecked here on New Years Day in 1874.

From the end of the Surat Bay beach you can  access False Island where you can climb to the top of the cliffs for spectacular views. Back at the beach you can take the walking track through the dunes to Cannibal Bay.

From Owaka, turn off Pounawea Road onto Newhaven road and turn right for the car park and beach.ing towards False Island on a cold winter’s day – still beautiful

These guys put on a great show 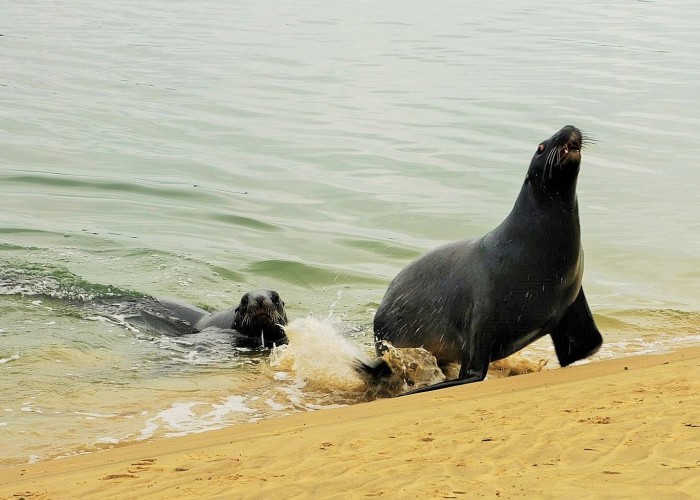 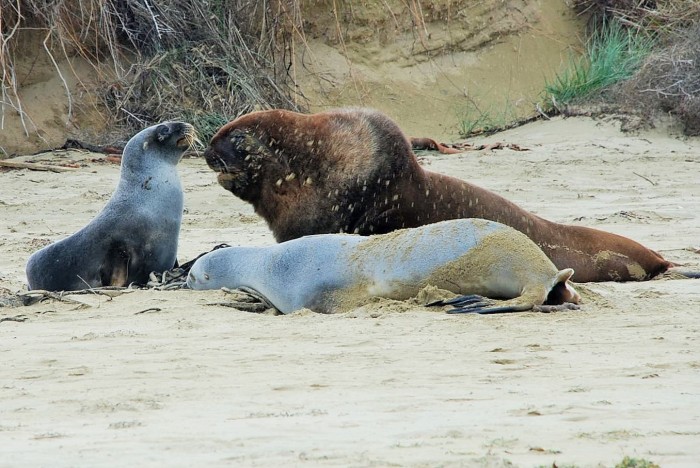 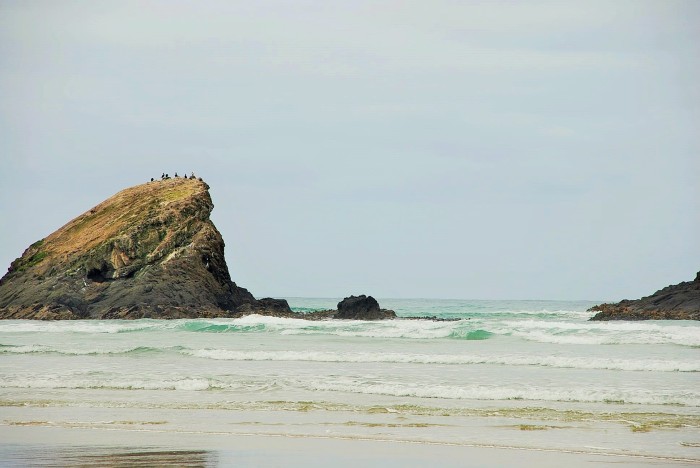 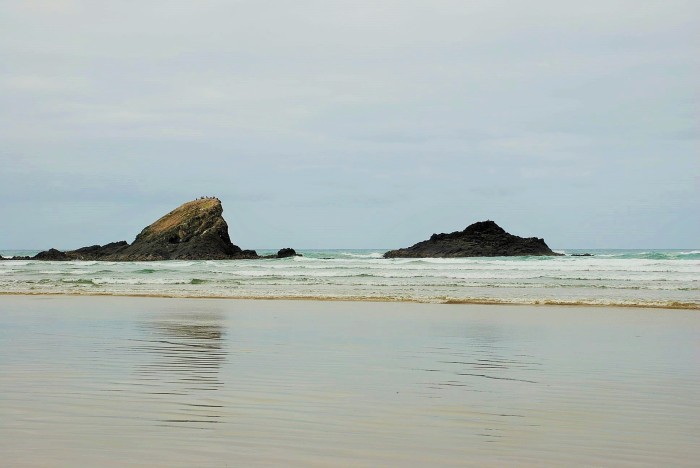 The photos below were taken on a warm and clear day from the other end of Surat bay, after walking over the track from Cannibal Bay. See post on Cannibal Bay 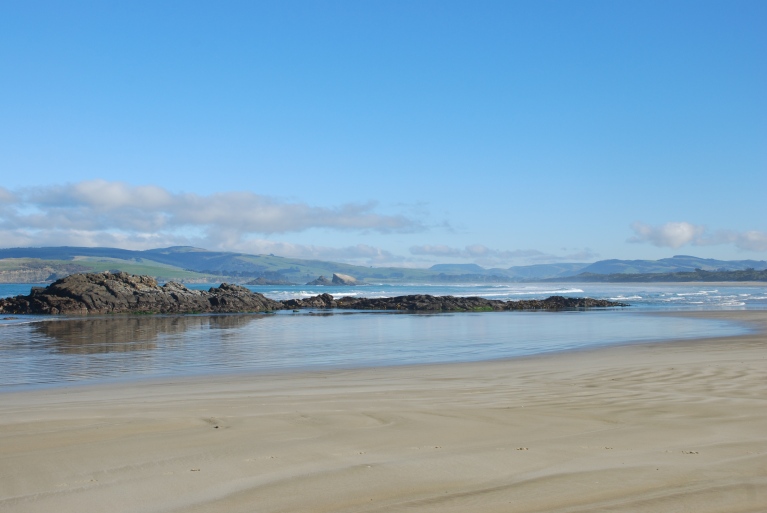