Stewart Island for lunch – what a good idea!

From Dunedin, we followed the Catlins coast and saw all the places that we have been to by road, foot and four wheel drive. What an amazing coastline! The scenery was breathtaking. I have already done posts for some of the places we flew over and some are yet to come. All these spots  are beautiful, interesting, well worth a visit and easily accessible by road.

We re-fueled at Invercargill and also put on our life jackets for 20 minute flight over Fouveaux straight to Stewart Island. About 85% of the island is a national park and it only has one town, Oban which sits in Halfmoon Bay. Many of the 380 residents are direct descendants of the whalers and early Rakiura Maori.

The weather was perfect and once we landed at the Stewart Island airstrip (Ryan’s Creek Aerodrome) we wandered down the hill into Oban, the main settlement on the Island. We had intended to get fish (famous Stewart Island Blue Cod… delicious) and chips for lunch but the fish and chip was shop was closed so we grabbed something from the local shop and sat down by the waterfront in the Halfmoon Bay.

There are lots of great walks, tramps, fishing and wildlife on Stewart Island – a great place for a weekend or a holiday. Water taxis can take you to other Islands such as Ulva Island which is one of the few pest-free open bird sanctuaries in New Zealand. In this unspoiled rainforest you can see rare birds and plants at close quarters in a safe environment. 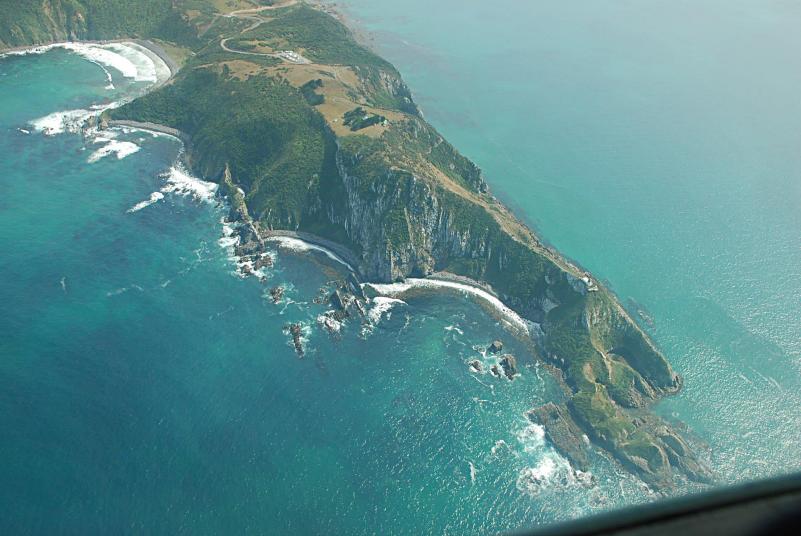 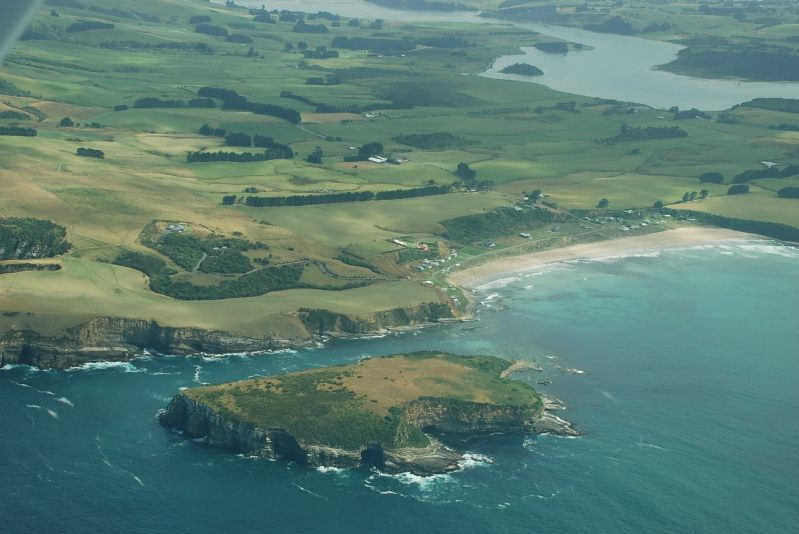 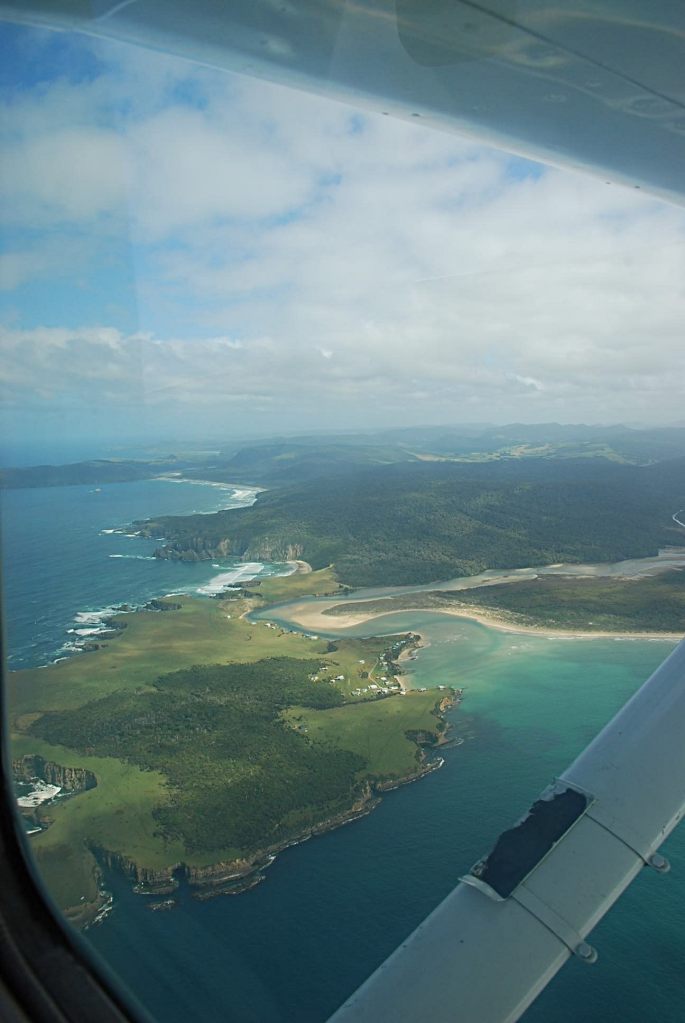 Tautuku Beach, Tautuku River mouth and peninsular where there are a few cribs seen above which, only accessible at low tide. 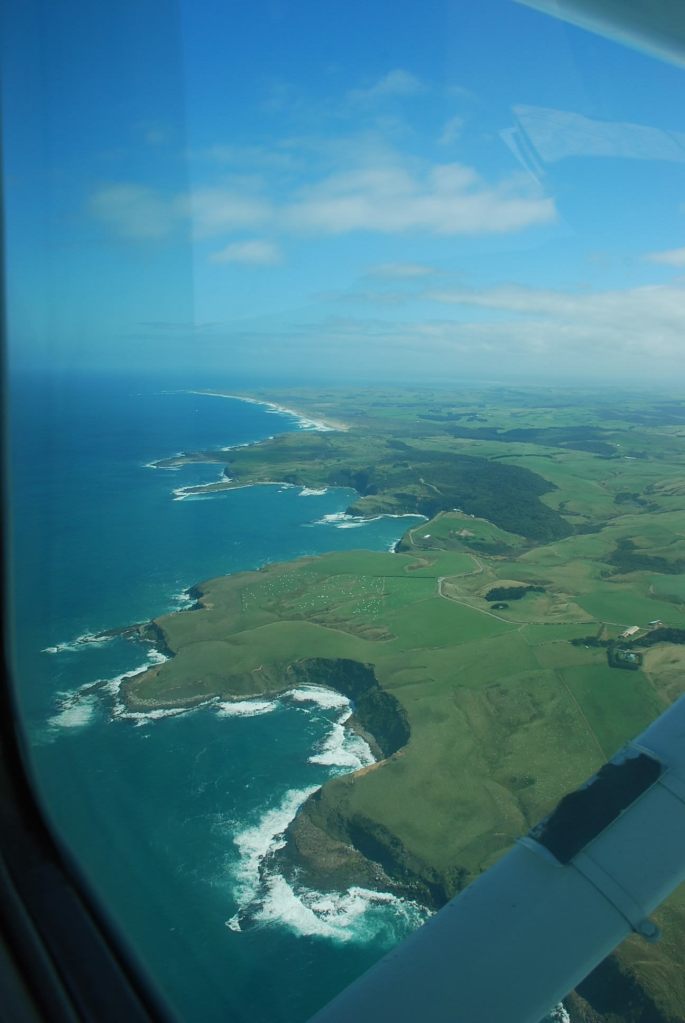 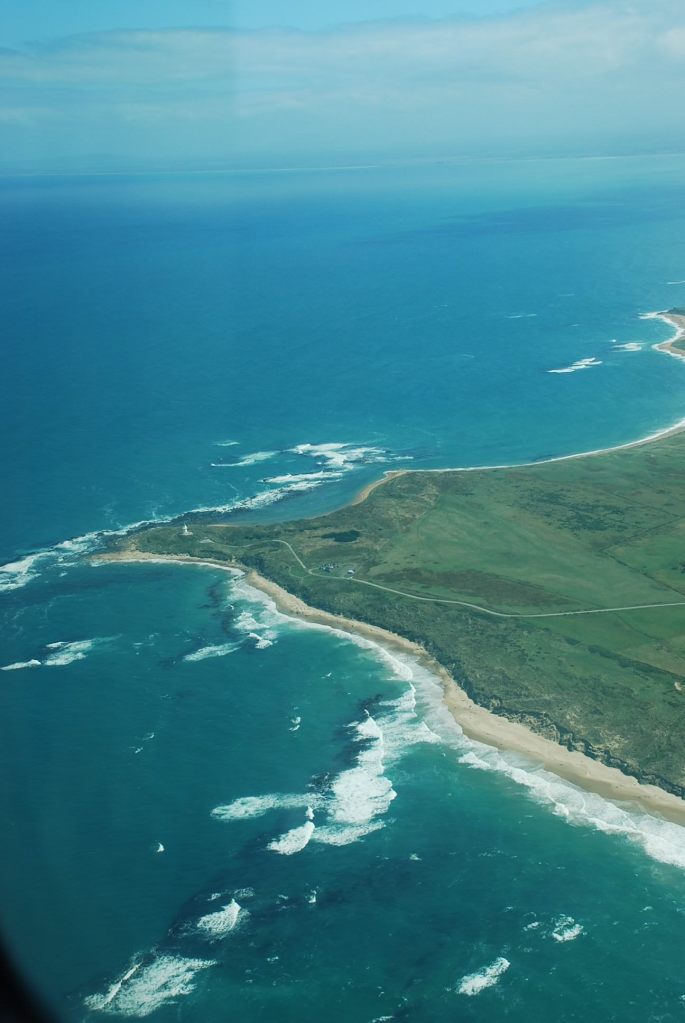 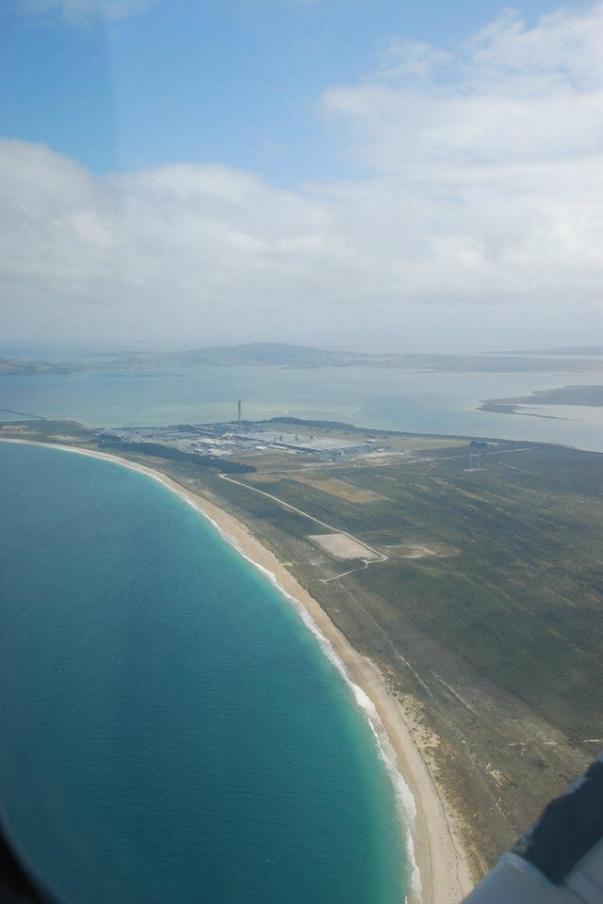 The aluminium smelter was opened in 1971 following construction of Manapouri Power Station to supply it with electricity. 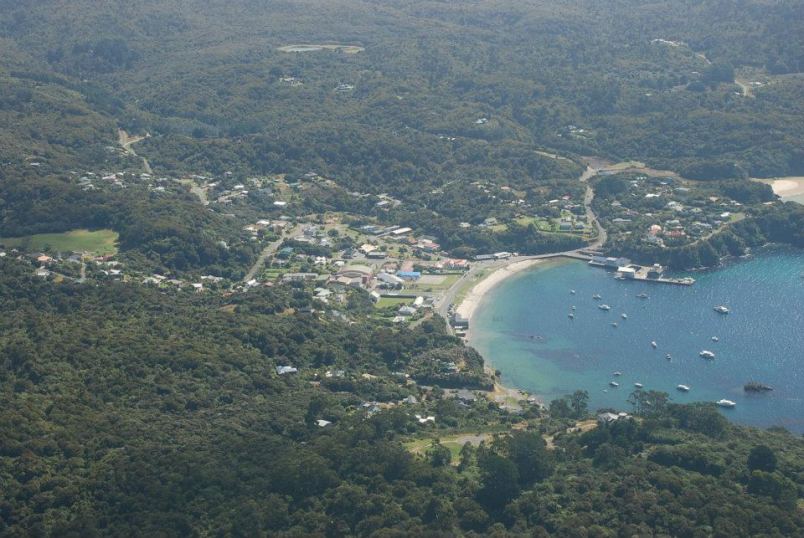 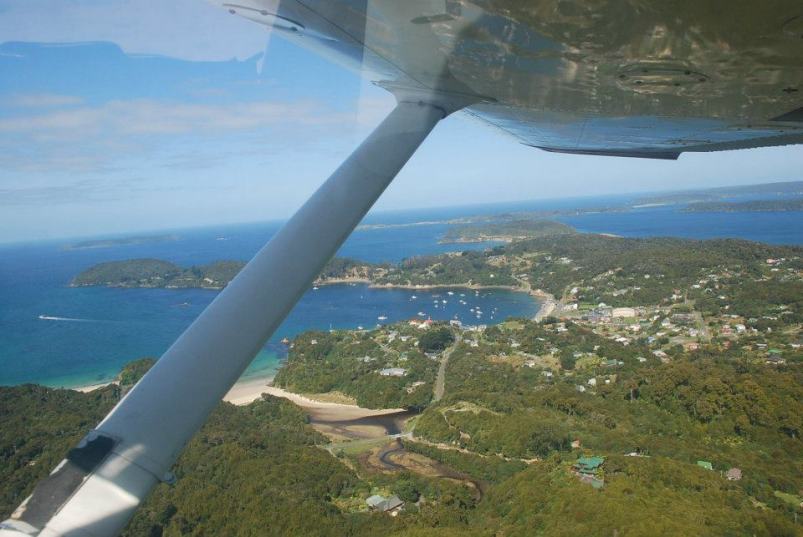