Waipapa Point Lighthouse – located at Waipapa Point in Southland, New Zealand. About an hour’s drive south from Papotowai  or 50 mins from Invercargill, in the beautiful Catlins district.

The light of the Waipapa Point lighthouse was first lit on 1 January 1884 and built in response to the wreck of the passenger steamer Tararua on reefs off Waipapa Point on 29 April 1881, with the loss of 131 lives. This is one of the last two wooden lighthouses built in New Zealand. The lighthouse was automated and keepers withdrawn in 1975. It has been solar powered since 1988. A new LED beacon was installed externally on the balcony of the lighthouse in December 2008. Restoration work conducted in 2008 ensured it was weatherproof and secure from vandalism.

We have been to the lighthouse a few times before, usually on cold and windy days. This time though, in late October there was no wind and it was very warm, there probably aren’t too many days like that at this exposed and southern point 🙂 as you can tell by the way the trees are growing!! 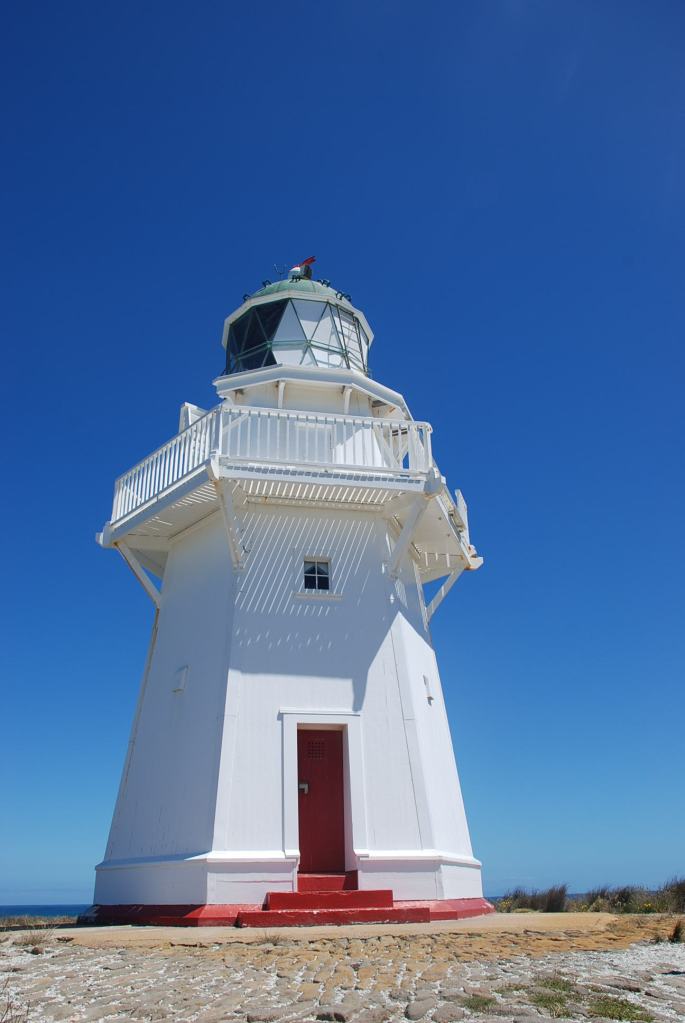 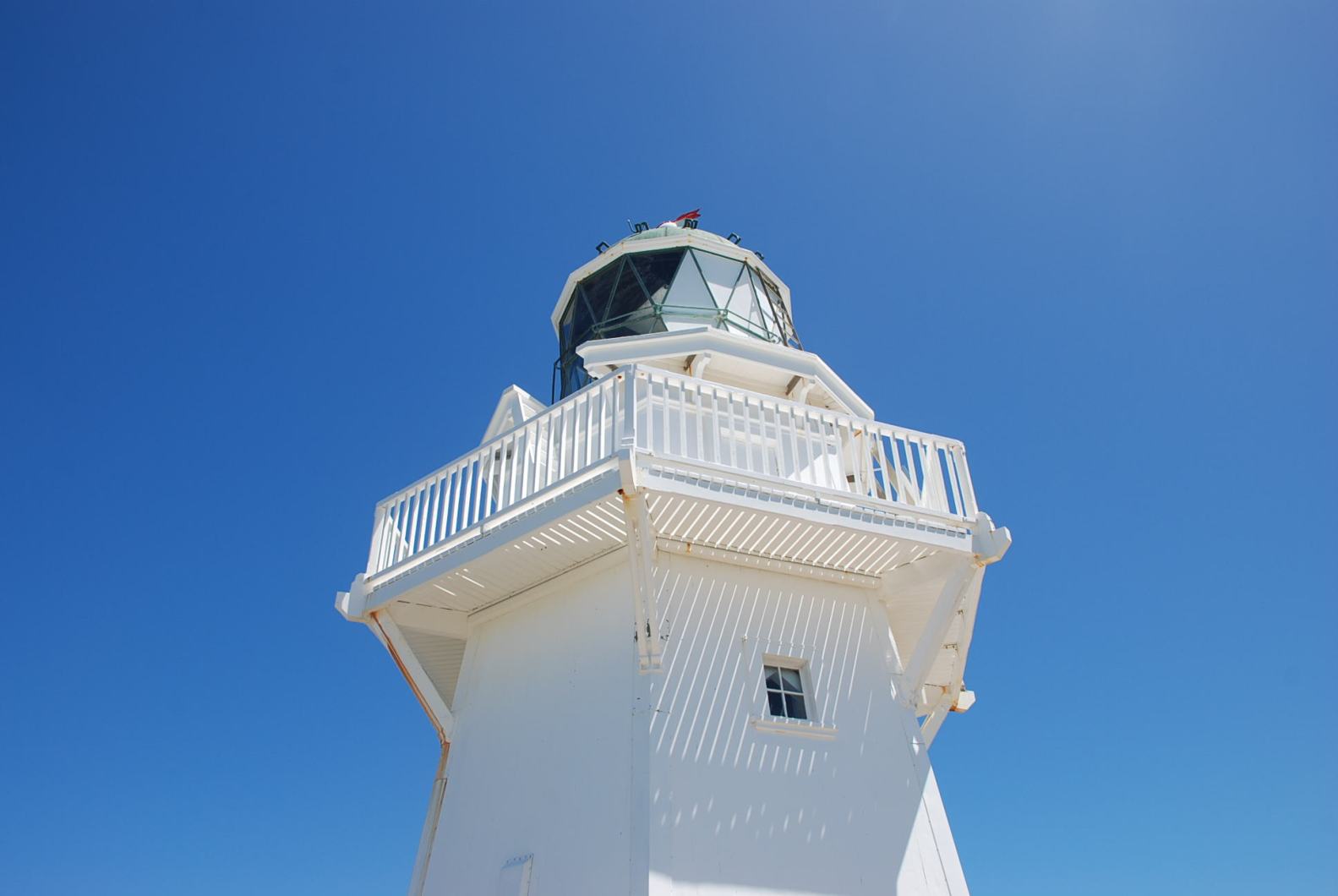 The lantern room made of copper, cast iron and glass was manufactured in Scotland in sections, delivered by sea and assembled in place. 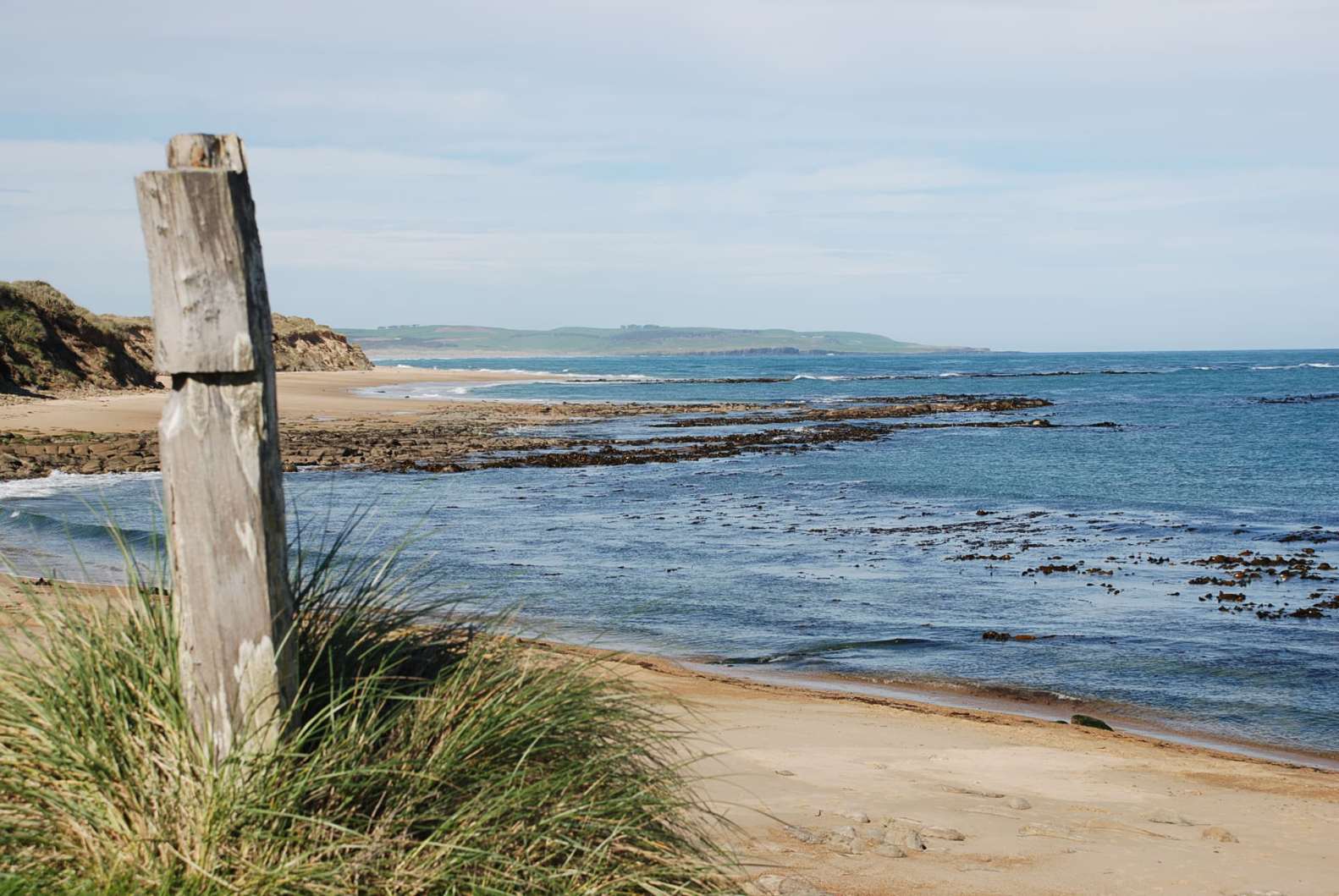 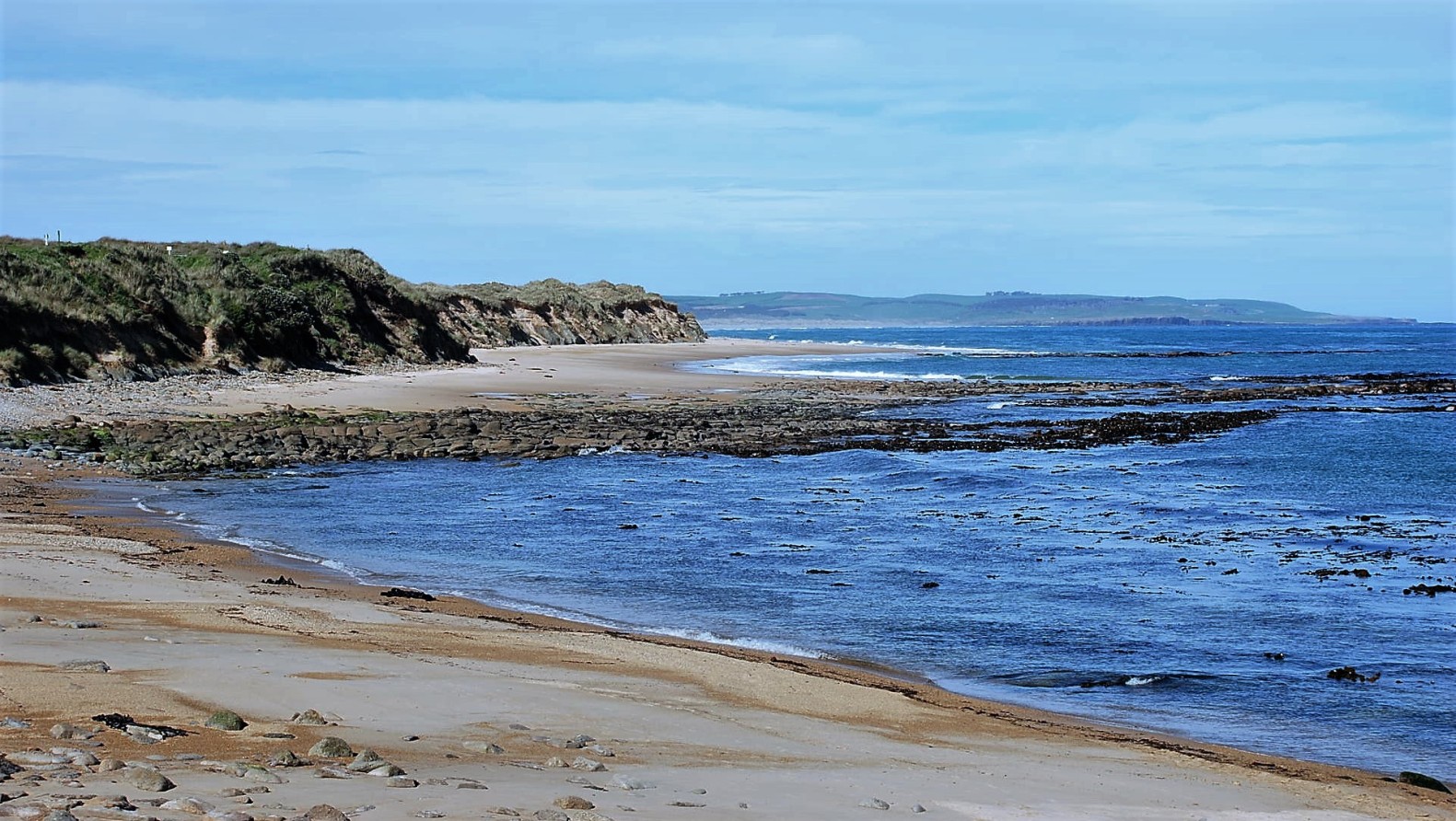 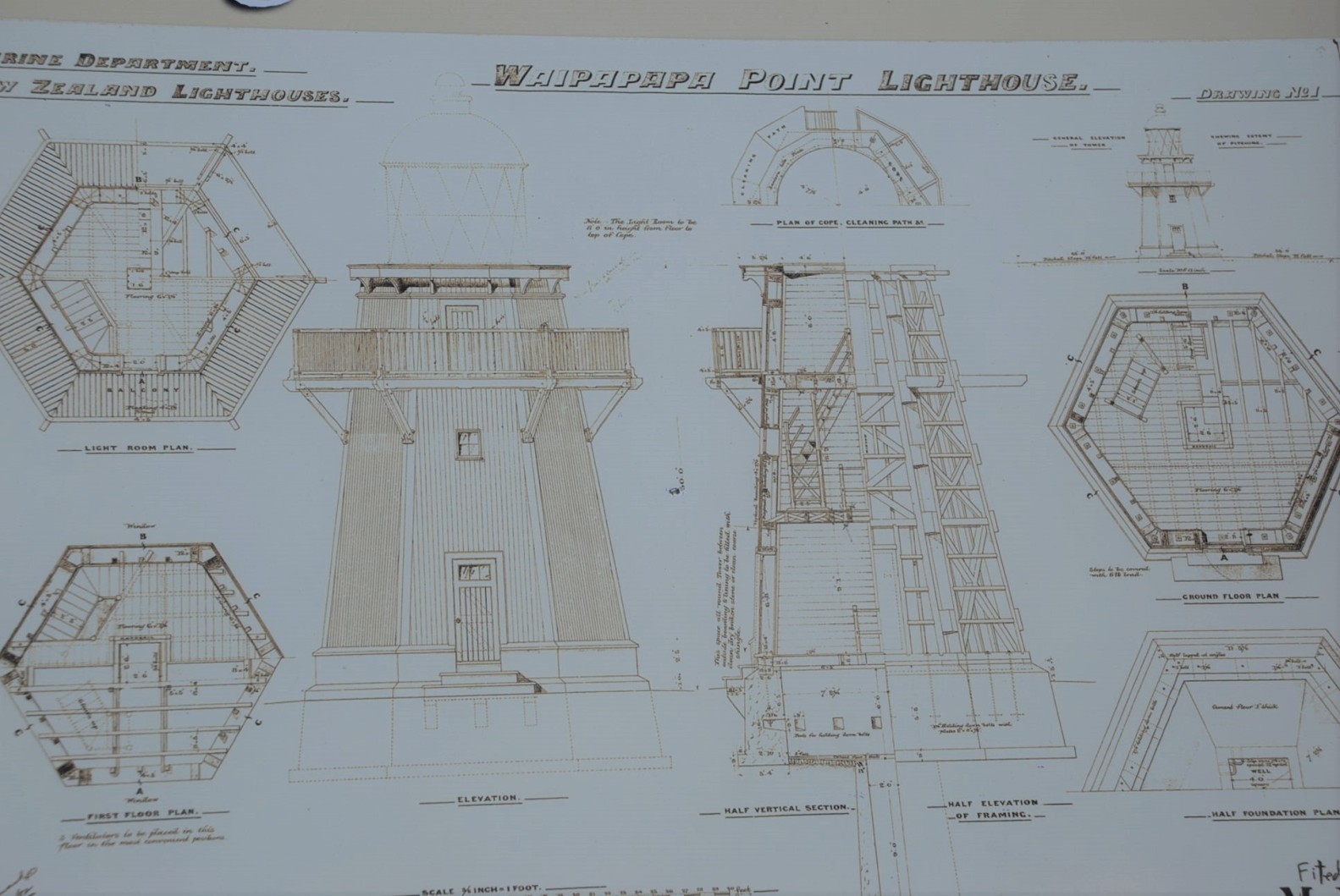 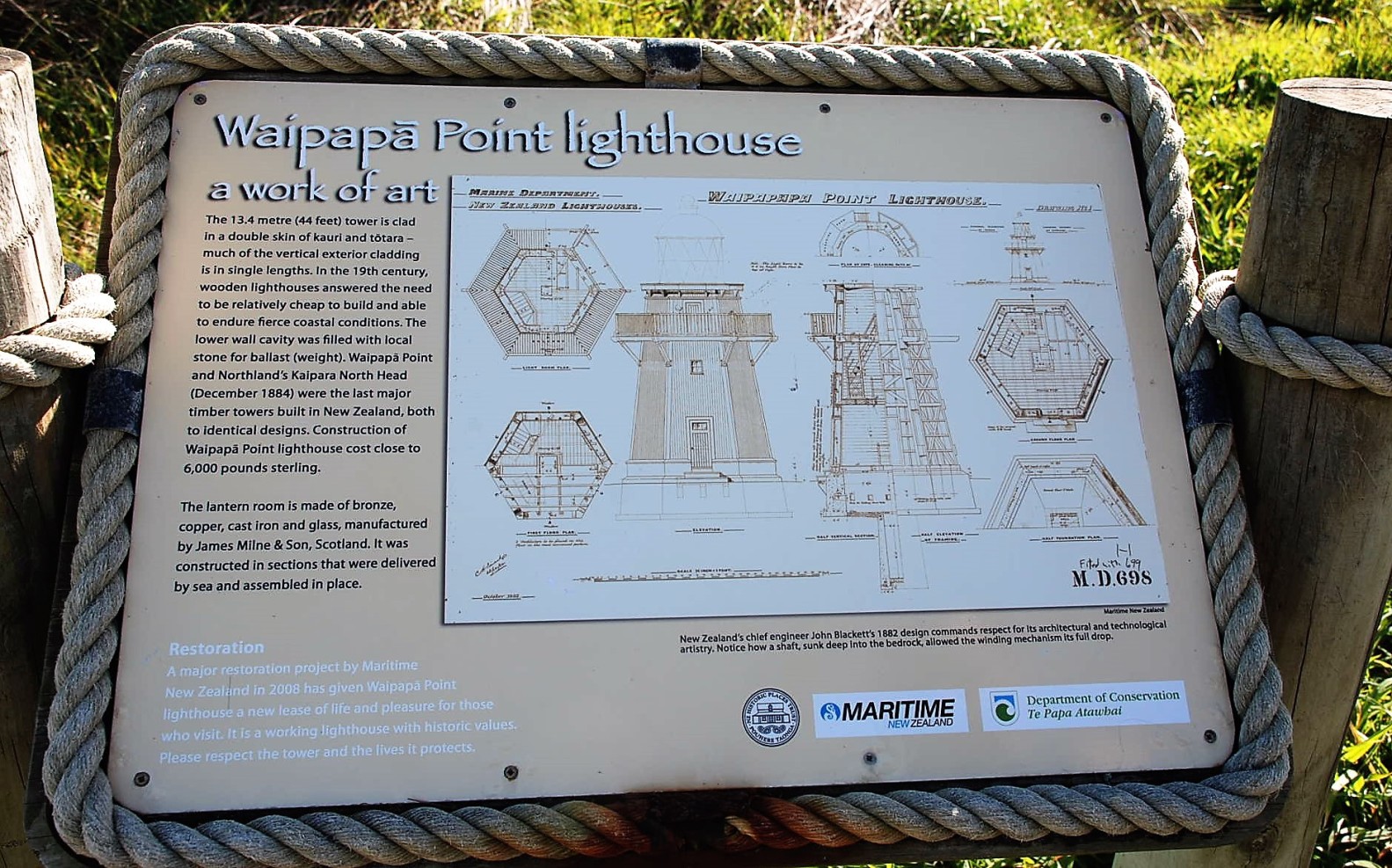 The plans for the lighthouse. 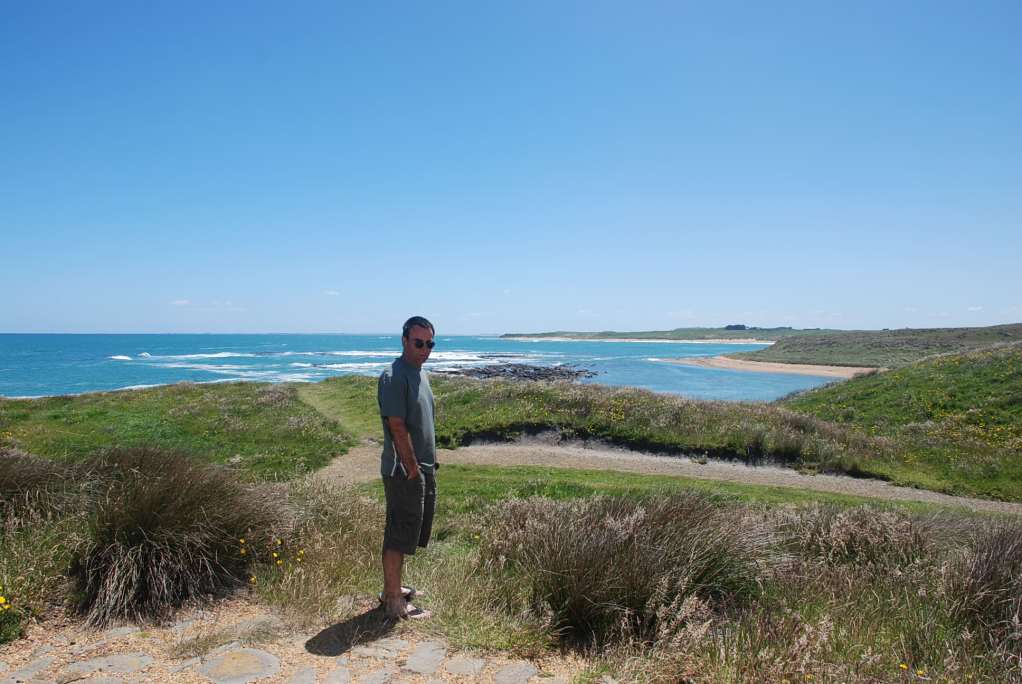 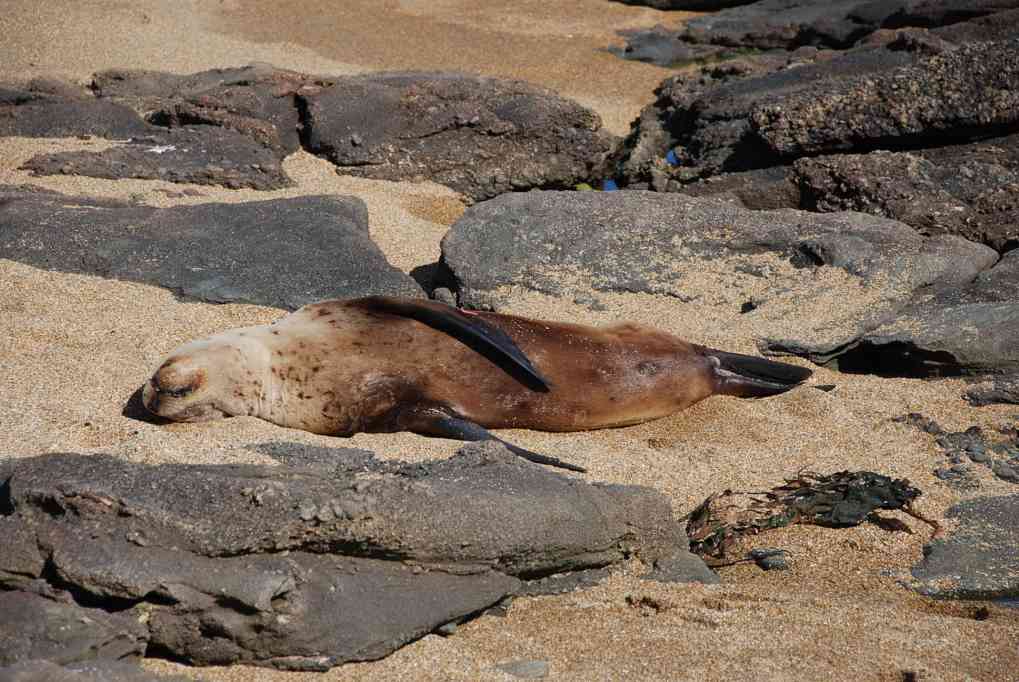 Lazy day in the sun 🙂 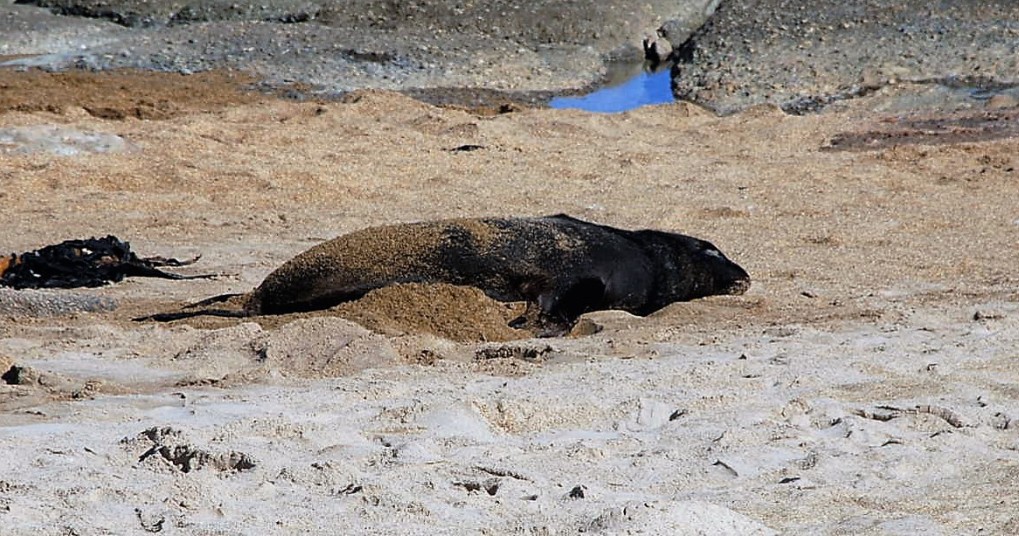 These sea lions were huge but with no scale to compare them too, they actually look quite small in the photos. 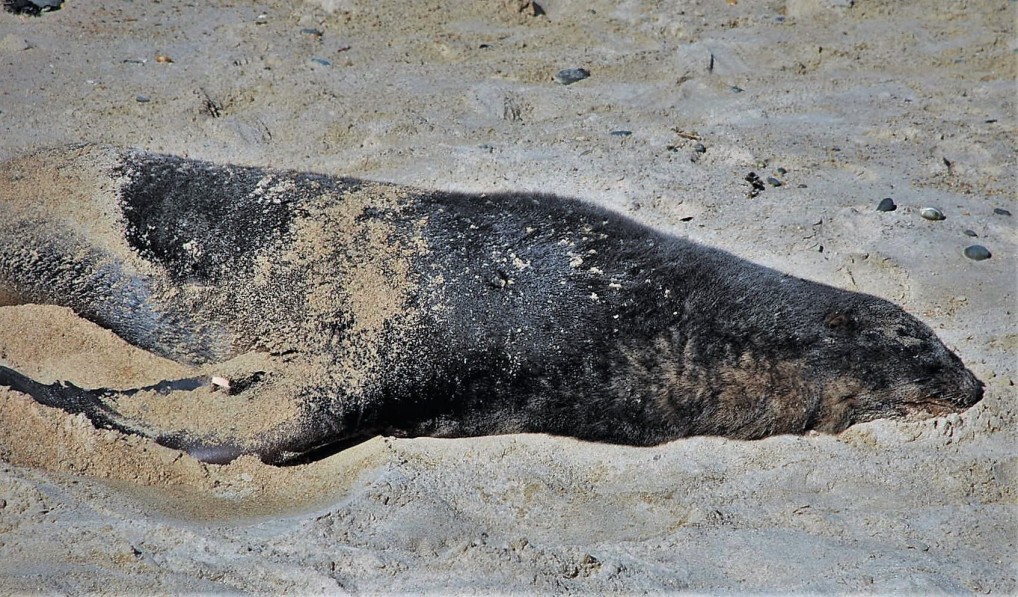 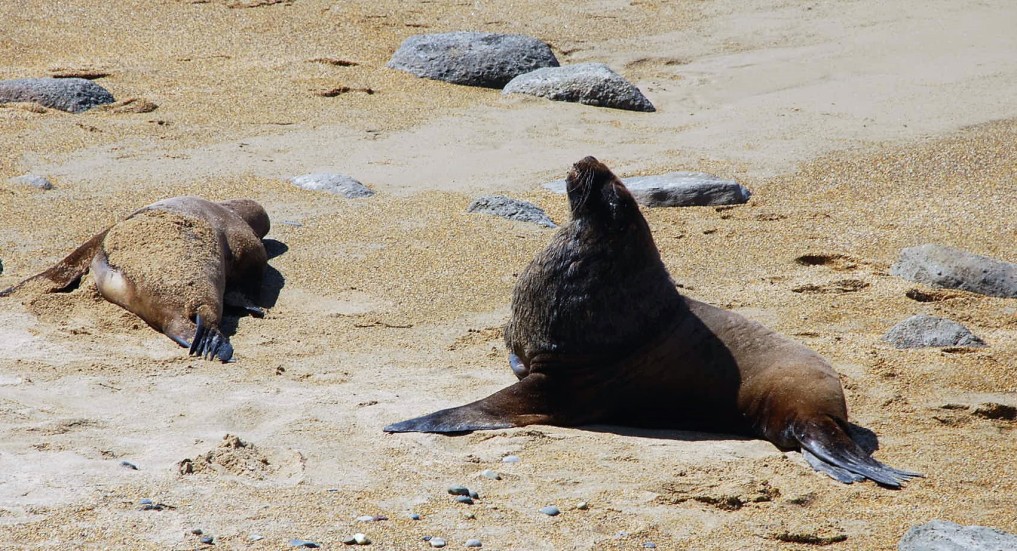 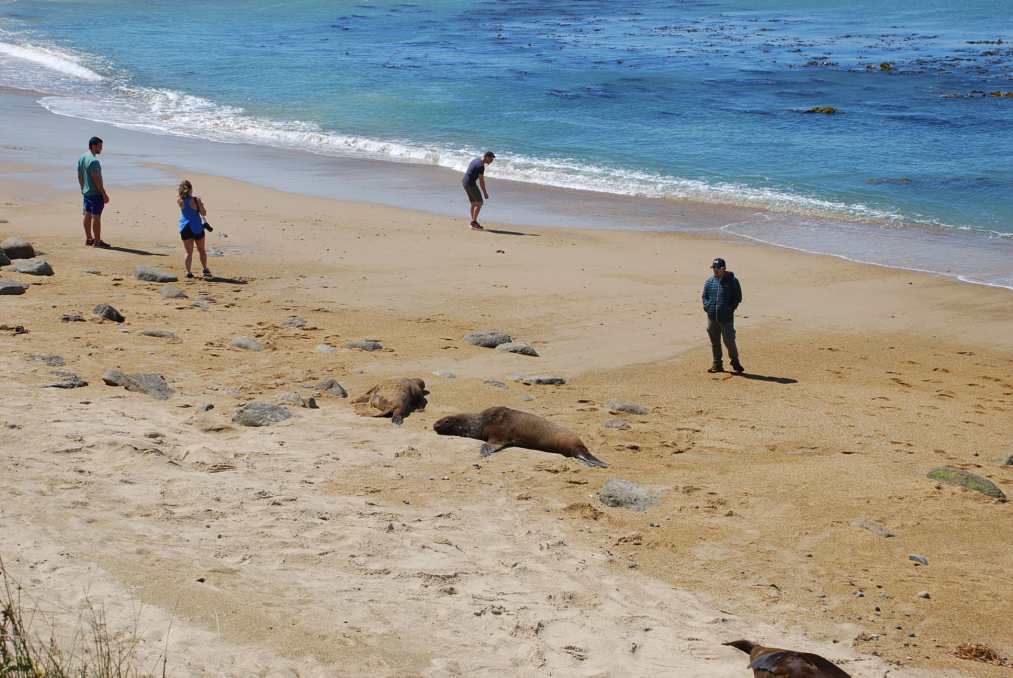 The signs say stay 10m back from the sea lions for a reason – they can move fast if they get disturbed or feel threatened. 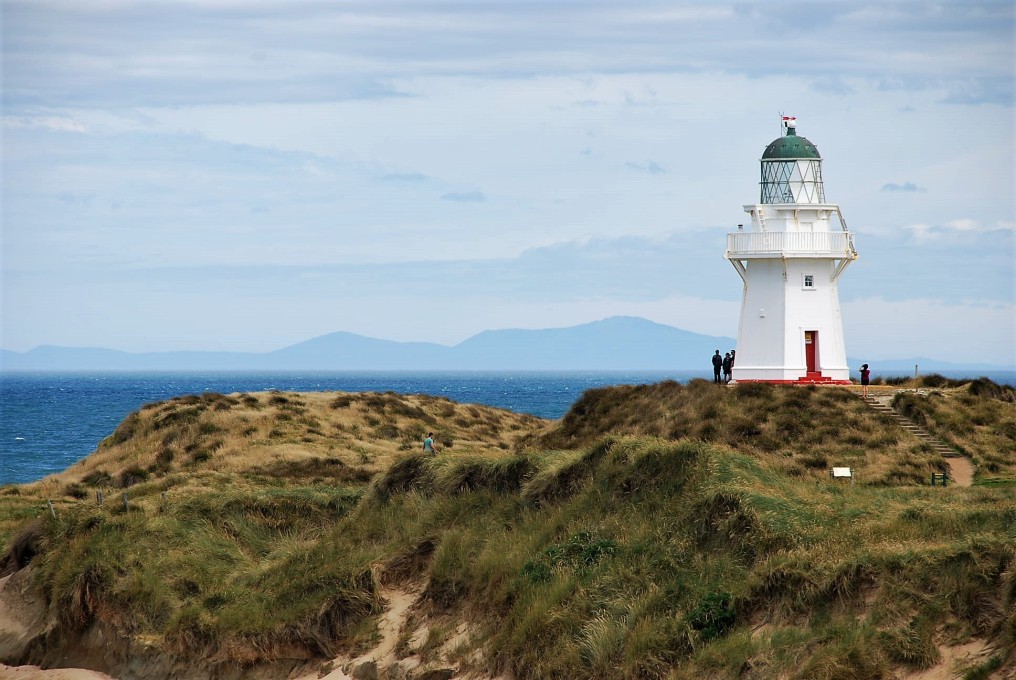 Stewart Island in the background 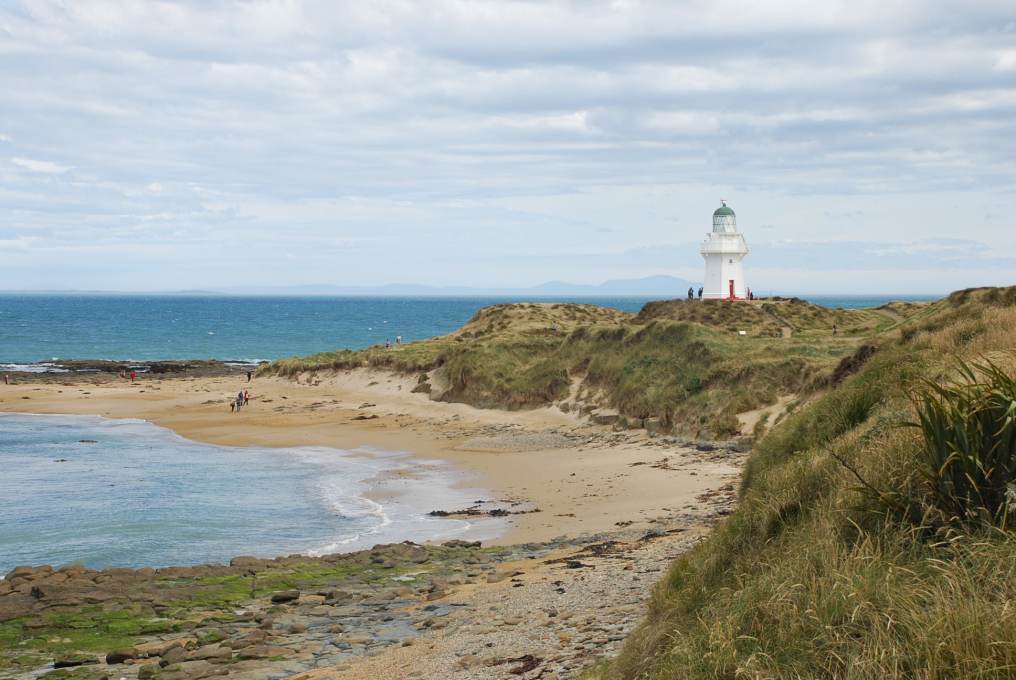 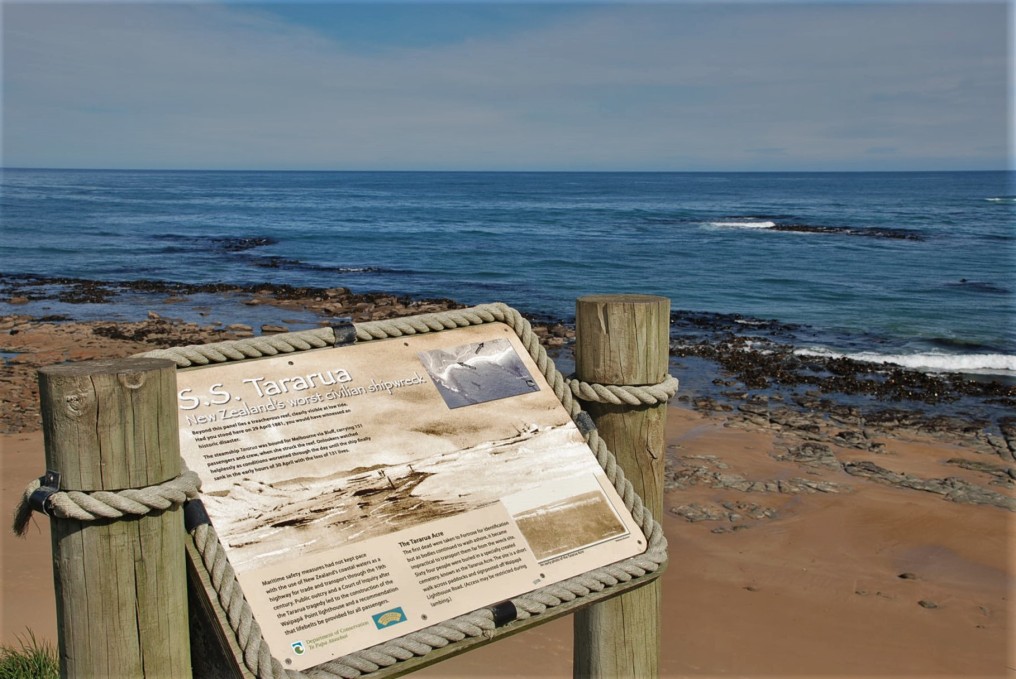 The SS Tatatua interpretation board 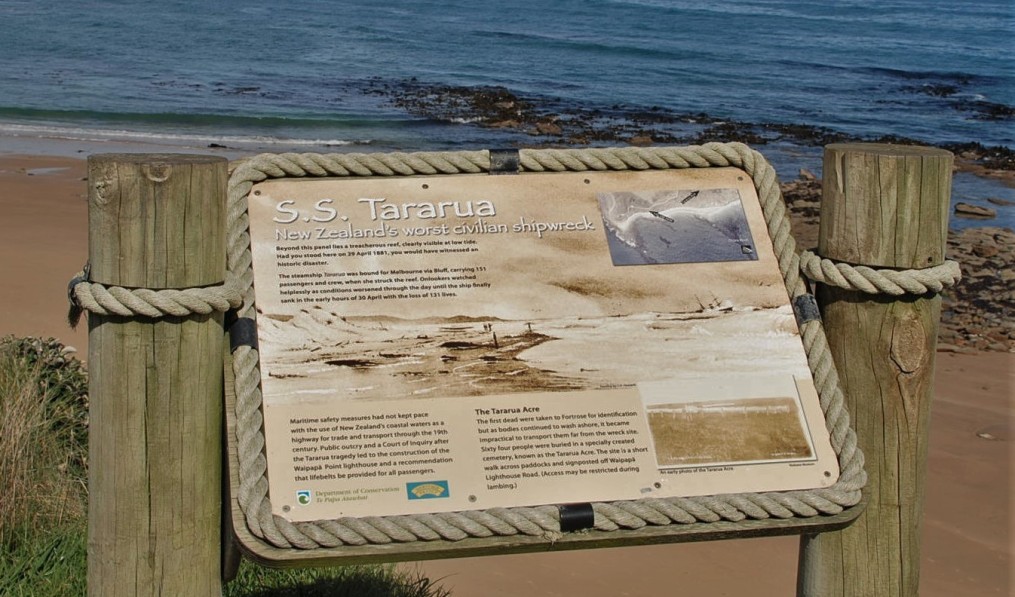 SS Tararua was a passenger steamer that struck the reef off Waipapa Point  in the Catlins on 29 April 1881 and sank the next day, in the worst civilian shipping disaster in New Zealand’s history.  Of the 151 passengers and crew on board, only 20 survived the shipwreck. About 74 bodies were recovered of which 55 are buries in a nearby plot that became known as Taraua Acre. 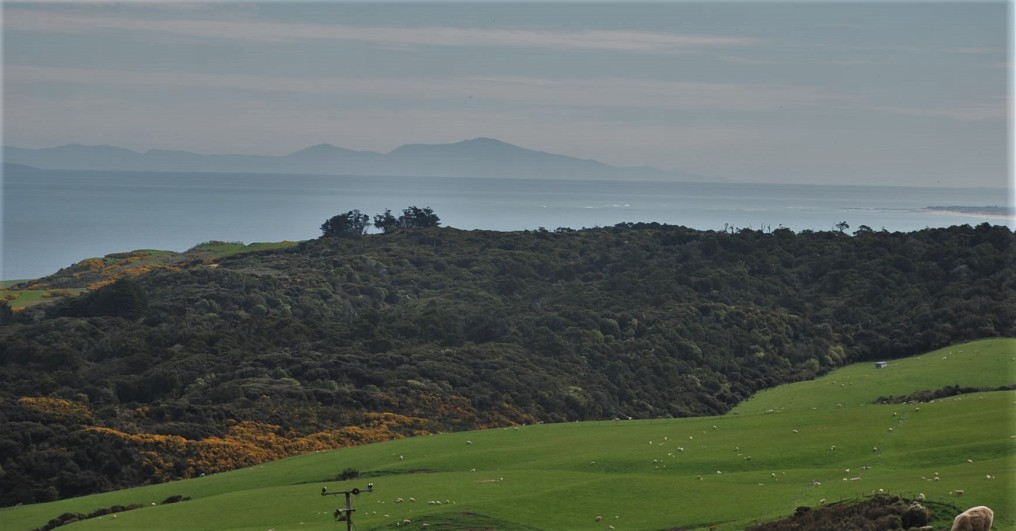 A bit hazy but you can see Stewart Island from here 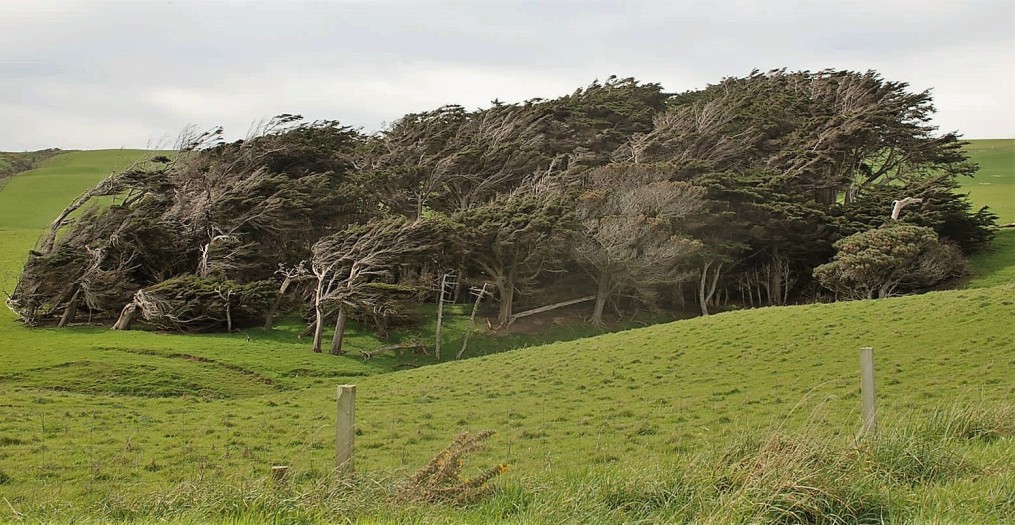 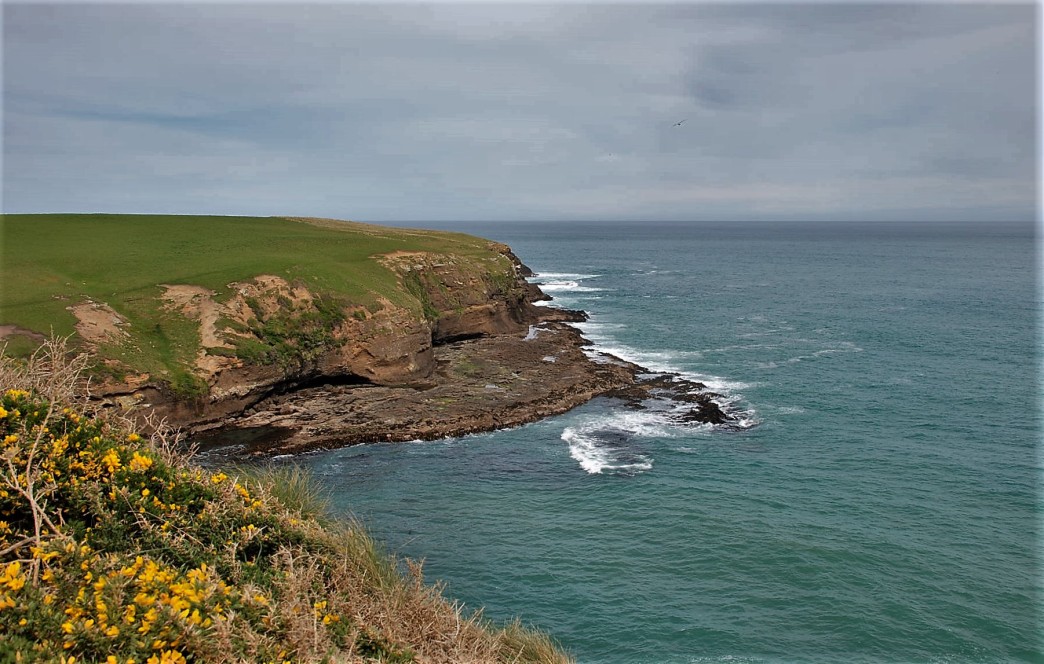 Slope Point is the southernmost point of the South Island. There is no road to Slope Point, it’s reached by a 20-minute walk across farm land but there is no public access during the lambing season (September – November). 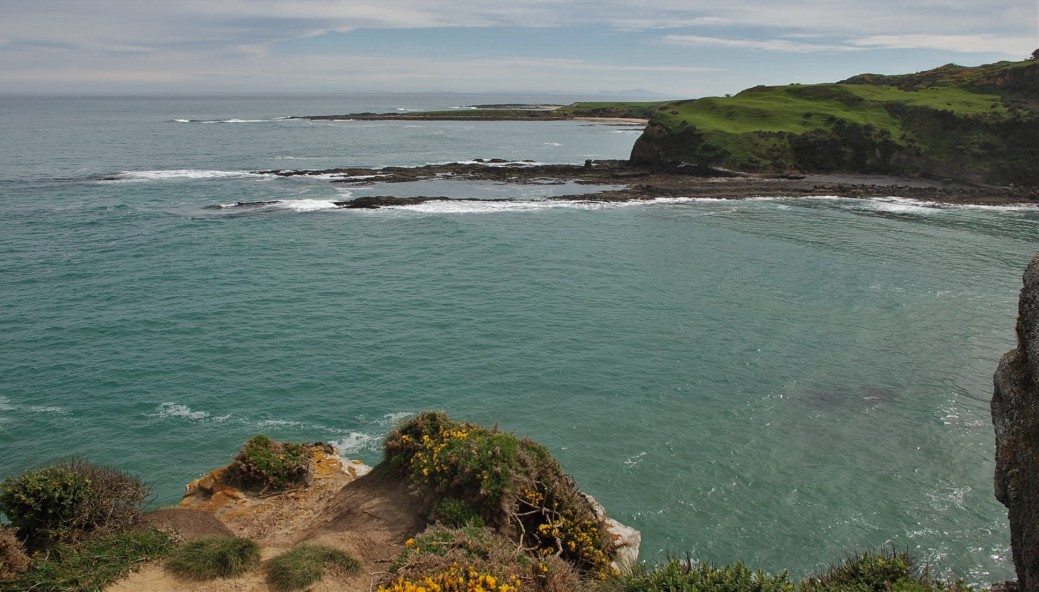 One thought on “Waipapa Lighthouse”