It was a beautiful day so we decided to visit the gun emplacements at Harrington point on the Otago Peninsular.

Despite the graffiti (some of it was very good – some not!) and the site being a bit un-cared for,  we enjoyed looking around this piece of Otago History. The site was not sign posted and only had a small parking area (about four or five vehicles, just off the main road),  we knew it was there but you wonder how many people pass it by on their way to Taiaroa Head. Not visible from the road and hidden amongst the gorse etc it’s easy to see how well camouflaged this group of buildings and tunnels would have been during the time when they were manned, for fear of invasion from firstly the Russians,  then the Japanese. Ideally placed at the narrow channel to the Otago Harbour, above the rocks they must have given local people a sense of security during those times. This is a fascinating area but a shame it’s not being preserved and promoted, it just needs a bit of TLC, information board and a sign post.

Coastal fortifications were constructed in New Zealand in two main waves: around 1885 as a response to fears of an attack by Russia, and in World War II due to fears of invasion by the Japanese. Six gun batteries were installed between 1885 and 1905.  They typically included gun emplacements, pill boxes, fire control or observation posts, camouflage strategies, underground bunkers, sometimes with interconnected tunnels, containing magazines, supply and plotting rooms and protected engine rooms supplying power to the gun turrets and searchlights.  There were also kitchens, barracks and officer and NCO quarters.

You can also visit Fort Taiaroa, located within the Royal Albatoss Centre at Taiaroa Head at the end of the Otago Peninsula. Historic Fort Taiaroa is a warren of tunnels and gun emplacements originally built in 1885, including a six-inch Armstrong Gun and Underground Chamber. The cost is $20.00 per adult,  for the Fort tour,  they also have tours of the Albatross colony, shop and cafe, check out their website. We will definitely visit Fort Tairaroa soon ,  watch for a future post on this.

Looking towards Aromoana and the mole  (breakwater)

Looking over the channel to Shelly Beach. 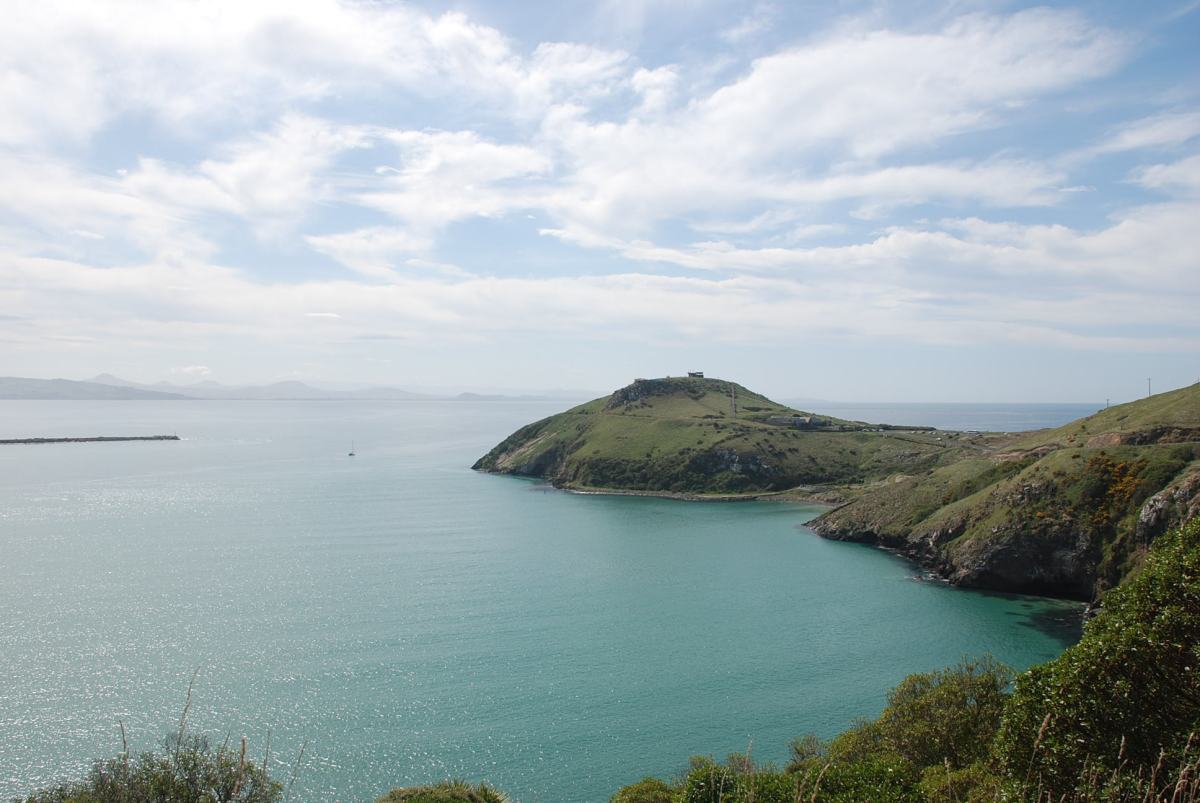 Looking towards Taiaroa Head and the Harbour entrance, from above the gun emplacements. 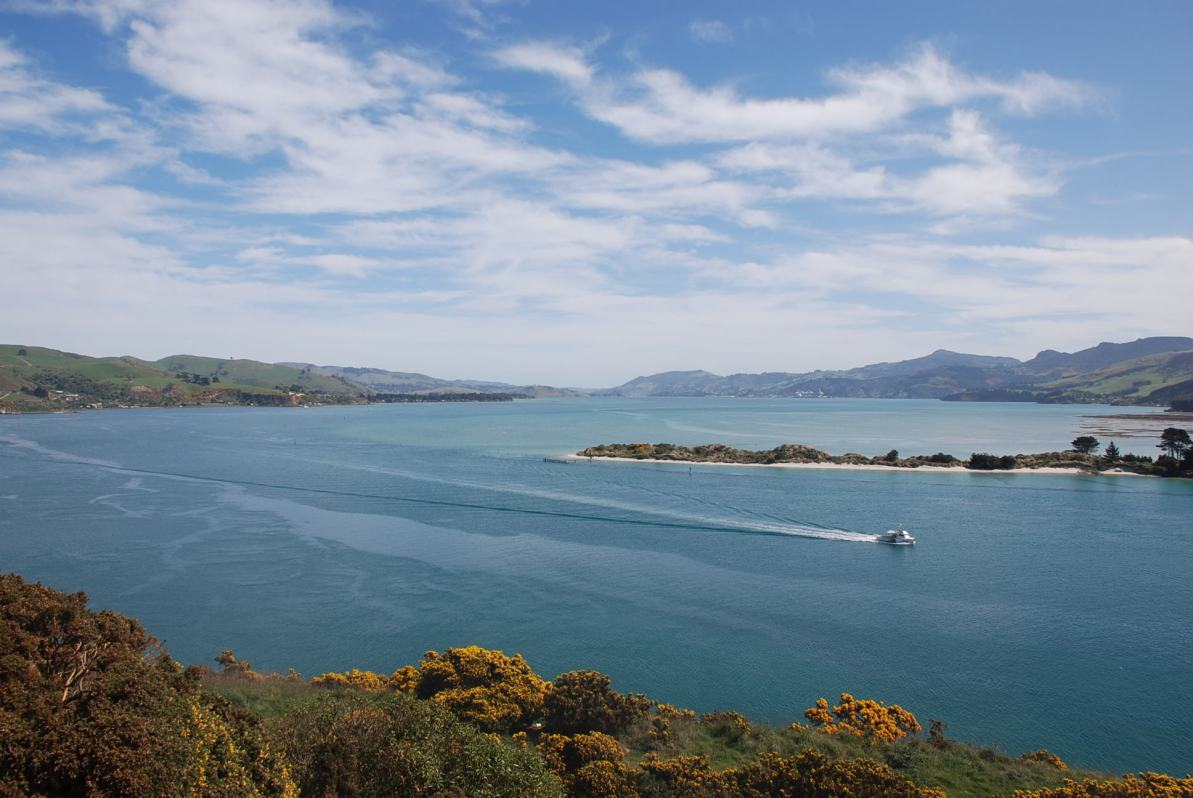 We wondered what the smoke was coming out of the building straight ahead – on closer inspection we found a burning chair!! Should have taken a photo!

Entrance to underground buildings, the road is above

Another of the gun emplacements, this is also a popular fishing area.

Looking from inside one of the gun emplacements 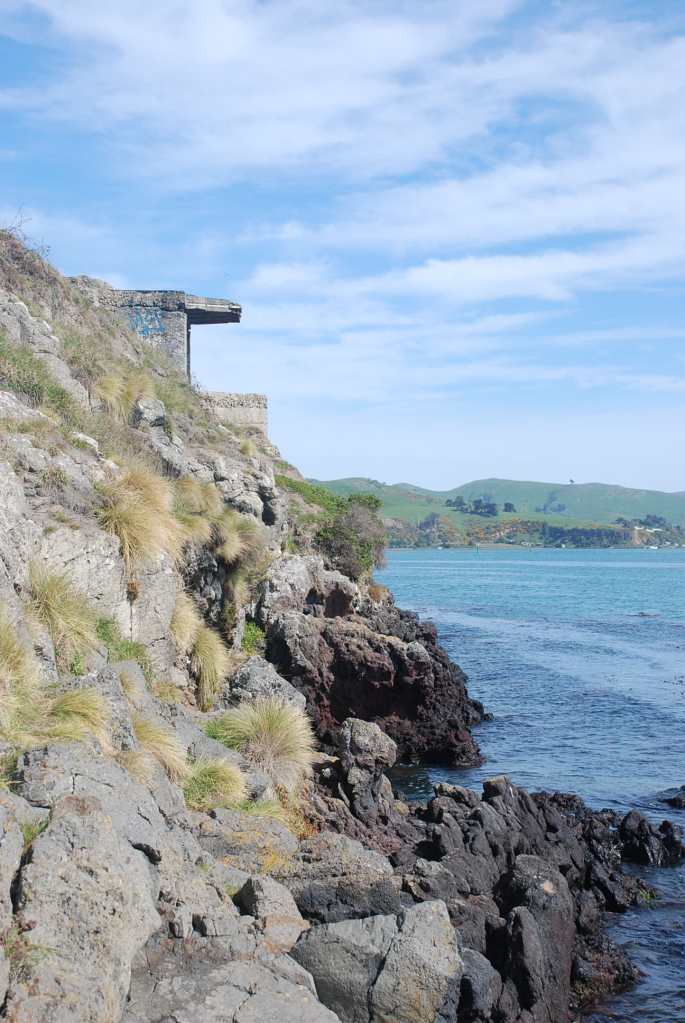 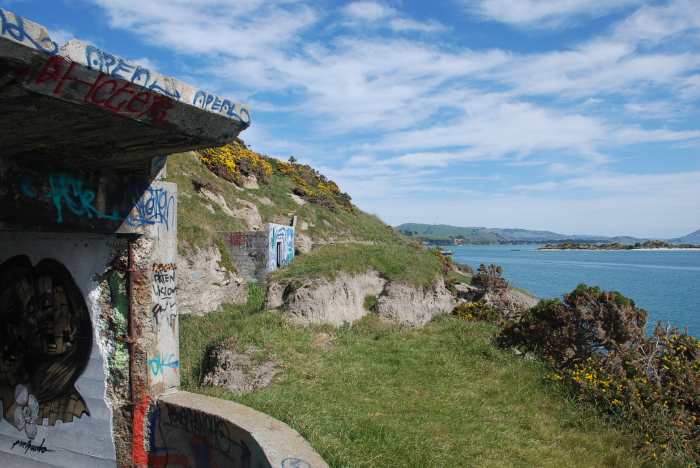 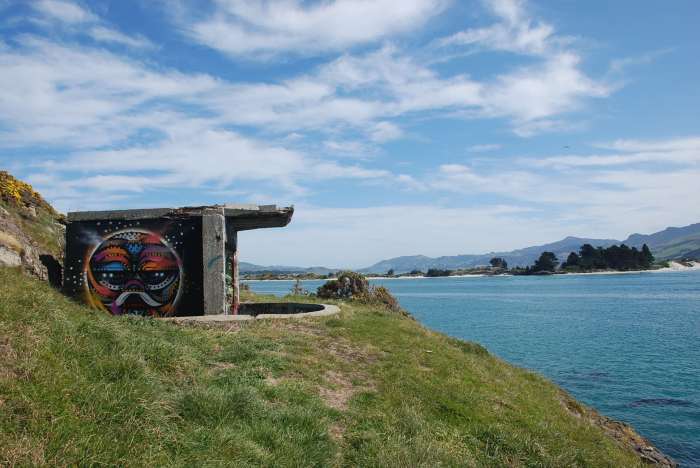 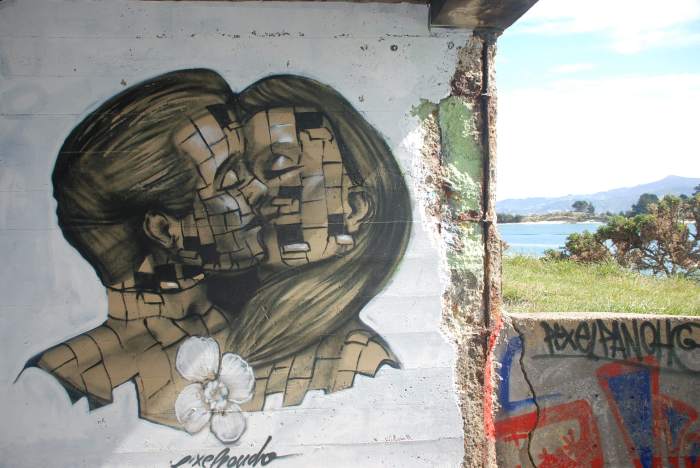 We were quite impressed with these two art works.

Looking down on some of the buildings 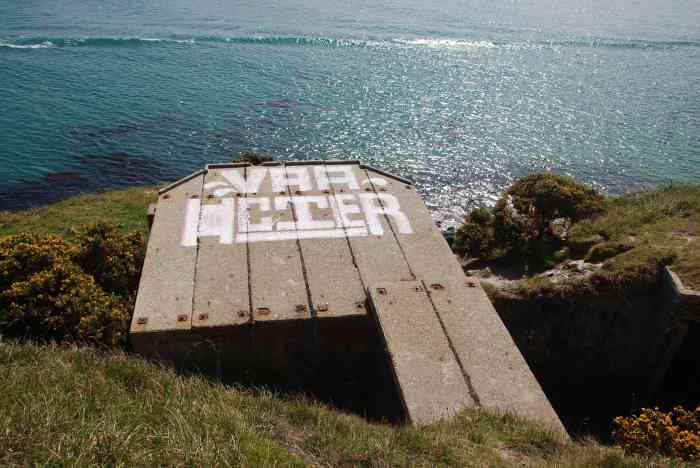 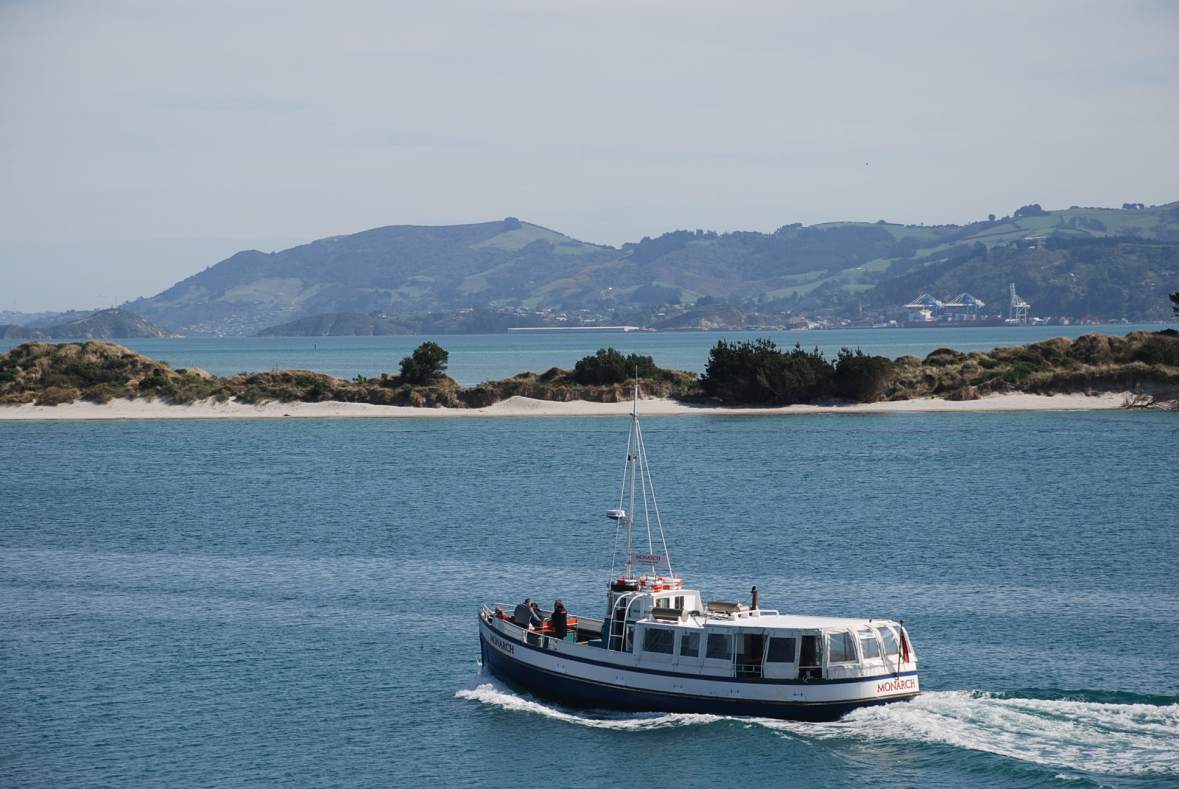 The Monarch – Wildlife cruises and tours available. Port Chalmers can be seen across the Harbour, this area has a Port, container terminal, interesting old buildings, quirky shops and cafes,  It’s also where the visiting cruise ships dock. Post coming soon.