We wanted to go to Anatori and the Turimawiwi River because it’s the end of the road from the north, down the West coast of the South Island. We had been to the end of the road from the south which ends at the Kohaihai river where there is a large doc camp site, in the Kahurangi National Park and the end/start of the Heaphy track but more about that destination in another post.

There is no road north of Kohaihai on the coast until a gravel road starts at the Turimawiwi River, from here the road heads North and crosses a ford to Anatori.

But obviously we started from the other end:

The 44km gravel road, took us about 1:45 (towing the caravan). The road is well maintained  and suitable for all vehicles but narrow in places – allow plenty of time.

Leaving Collingwood travel north to Pakawau Bush Road road just past the Pakawau Inlet. Follow this road to the inlet and turn left into Dry Road, this road winds around the beautiful Whanganui Inlet, through rainforest and along the coast. Follow Dry Road until you get to Mangarakau where you will be surprised to find a cafe in the middle of nowhere! We came back the next day and had coffee and cake there, it would be rude not to! Follow Cowin Road past the Paturau River (you can camp there) and on to the Anatori River.

The first camp at Anatori is a high camp by the beach which is popular but there isn’t much space. Right on the edge of the Anatori River Mouth it’s quite exposed and not really suitable for large vehicles.   If you travel a little further you will come to the river, where there is plenty of room. It’s  flat with easy access and has a safe, shallow river with a good swimming hole. This site is more sheltered, however apparently it’s prone to flooding during heavy rain.

To get to the end of the road, from the Anatori river, cross the ford and travel about 12km to the Turimawiwi River. 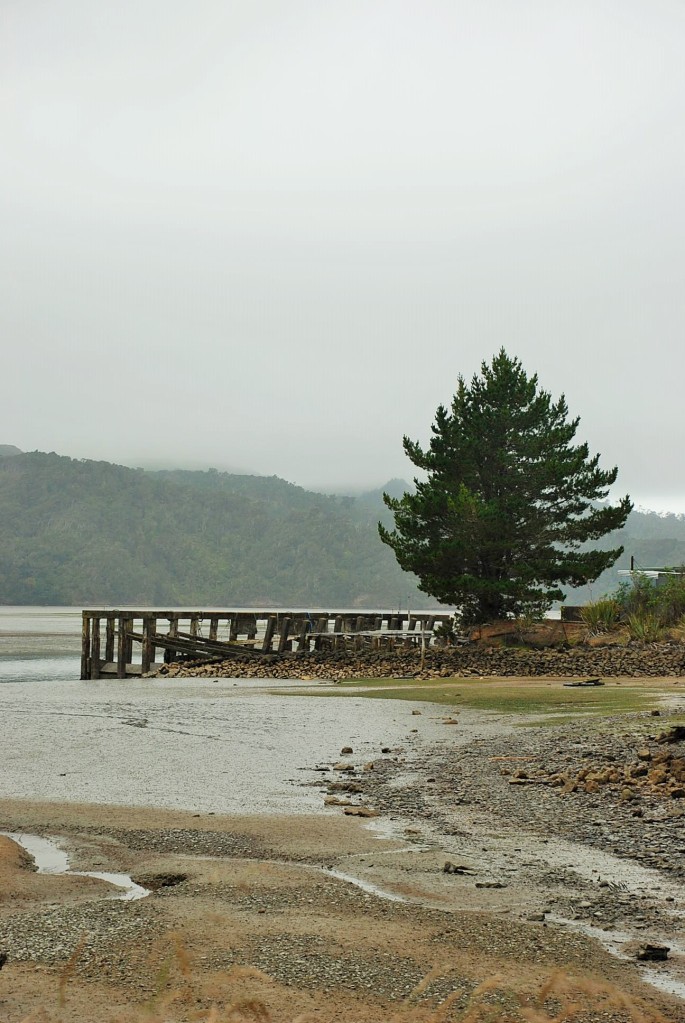 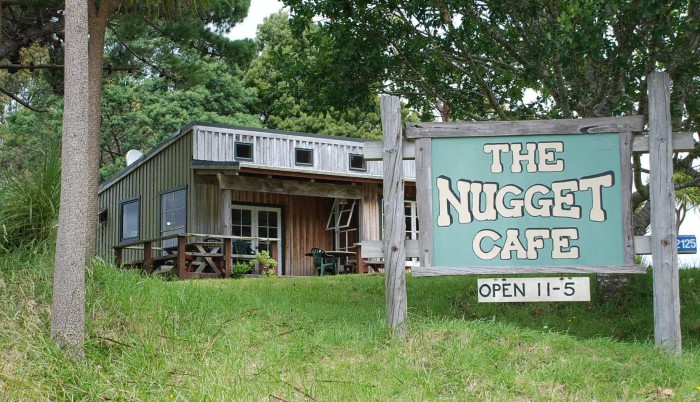 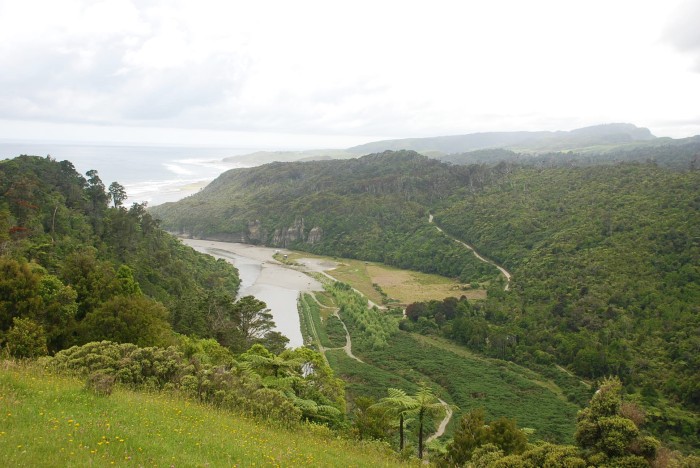 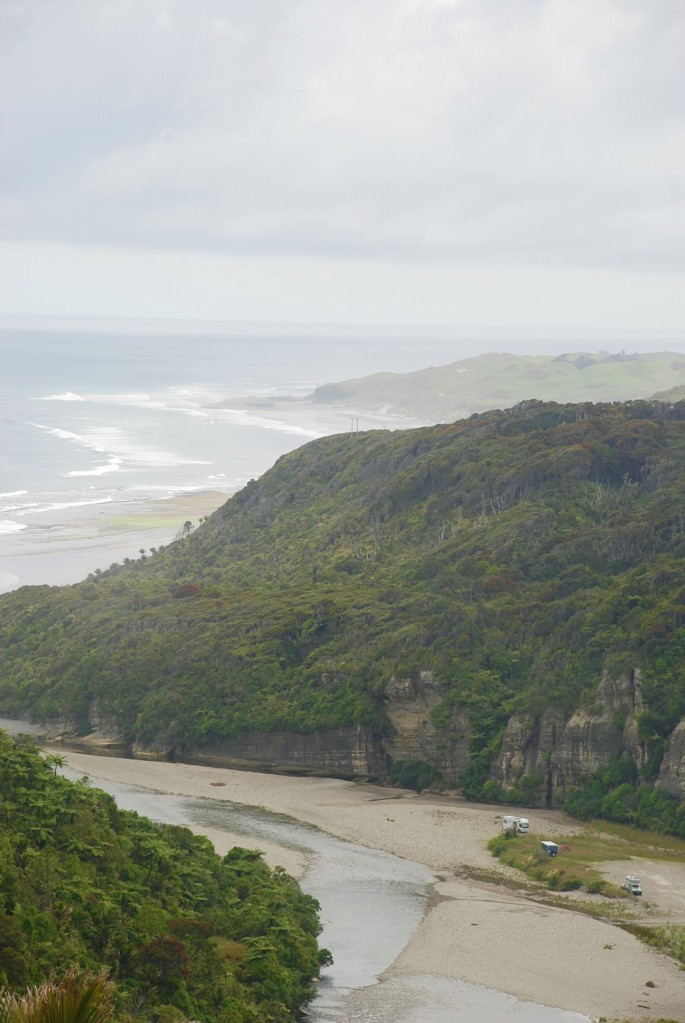 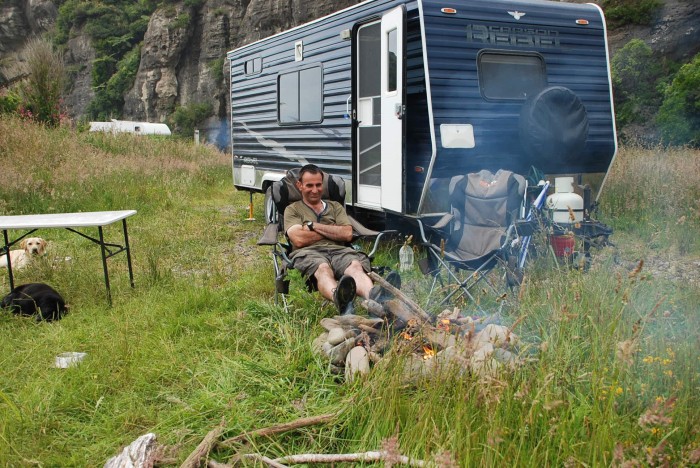 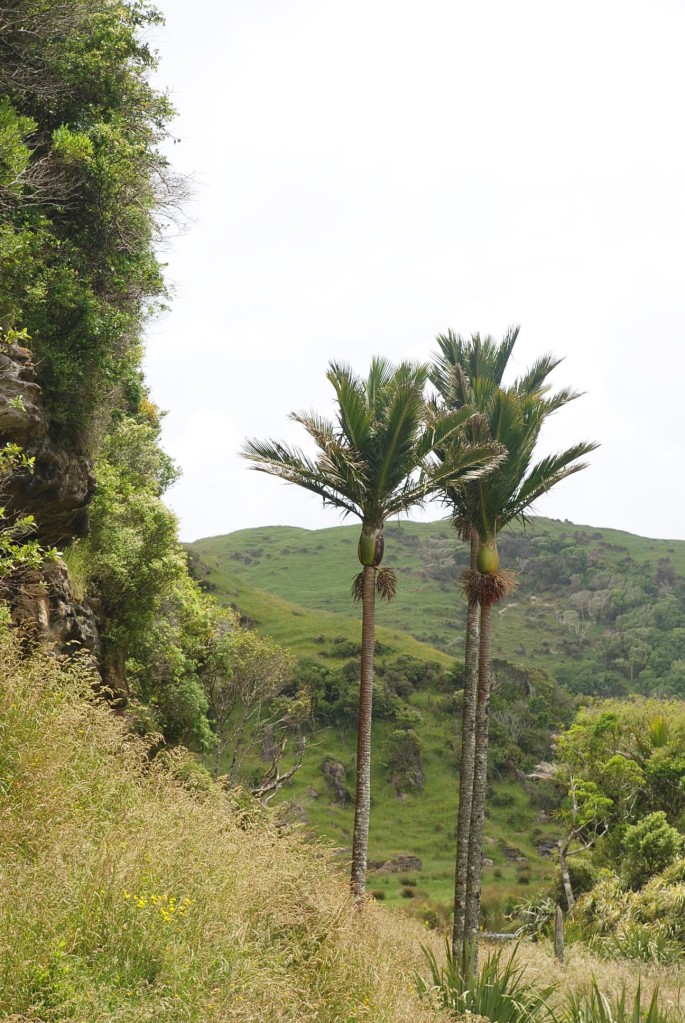 End of the Road – the Turimawiwi River

The beach on the North side of the Turimawiwi River

Looking South from the Turimawiwi River